Portobello Road is internationally famous for its market. 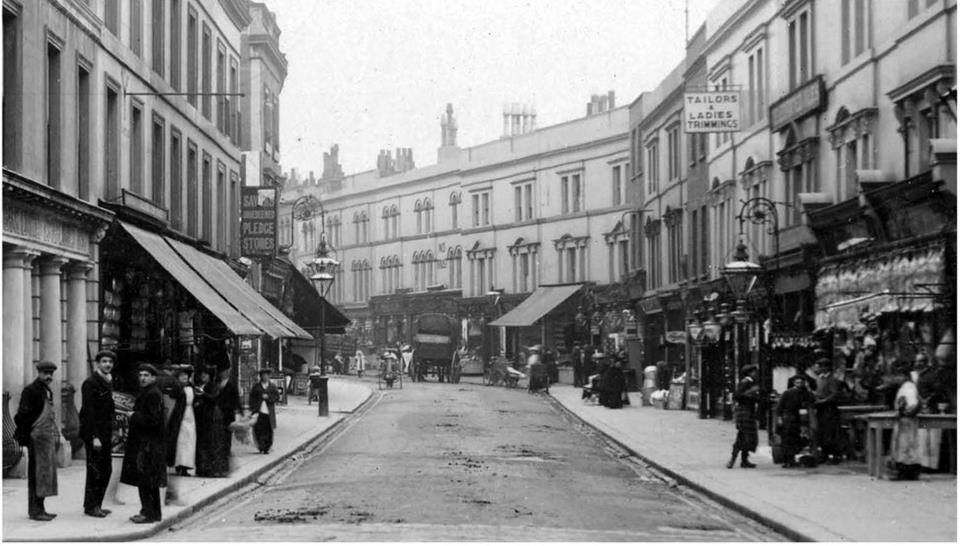 Portobello Road was known prior to 1740 as Green Lane - a winding country path leading from Kensington Gravel Pits, in what is now Notting Hill Gate up to Kensal Green in the north. (Another local lane, not to be confused, was "Greeneâs Lane" which turned into Walmer Road.)

In 1740, Portobello Farm was built in the area near what is now Golborne Road. The farm got its name from a popular victory during the War of Jenkinsâ Ear, when Admiral Edward Vernon captured the Spanish-ruled town of Puerto Bello (now known as Portobelo, in modern-day Panama).

The Portobello farming area was large, covering much of the land east of what is now St Charles Hospital. Much of it consisted of hayfields, orchards and other open land.

Portobello Farm was sold to an order of nuns after the railways came in 1864. They built St Josephâs Convent for the Dominican Order - or the "Black Friars" as they were known in England.

The road ultimately took form piecemeal in the second half of the 19th century, nestling between the large new residential developments of Paddington and Notting Hill. Its shops and markets thrived on serving the wealthy inhabitants of the elegant crescents and terraces that sprang up around it, and its working class residents found employment in the immediate vicinity as construction workers, domestic servants, coachmen, messengers, tradesmen and costermongers. After the Hammersmith and City Railway line was completed in 1864, and Ladbroke Grove station opened, the northern end of Portobello Road was also developed, and the last of the open fields disappeared under brick and concrete.

The market began as a fresh-food market in the 19th century; antiques dealers arrived in the late 1940s and â50s, and now have a substantial number of them trading mainly on Saturday mornings. It is the largest antiques market in the UK.

The market section of Portobello Road runs in a direction generally between the north-northwest and the south-south-east. The northern terminus is at Golborne Road; the southern end is at Westbourne Grove, to the east. The market area is about one kilometre in length.

About one third of the way from its north end, the market runs beneath adjacent bridges of the A40 road and the Hammersmith & City line of the London Underground. Here the market focuses on second hand clothes as well as trendy couture.

Portobello Roadâs distinctiveness does not just rely on its market. A range of communities inhabiting the street and the district contributes to a cosmopolitan and energetic atmosphere, as do the many restaurants and pubs. The architecture plays a part, too, as the road meanders and curves gracefully along most of its length, unlike the more formally planned layout of most of the nearby area. Mid- to late-Victorian terrace houses and shops predominate, squeezed tightly into the available space, adding intimacy and a pleasing scale to the streetscape.

Portobello Road is also home to the Grade II* Electric Cinema, one of Britainâs oldest cinemas.