Photo of the streets of Chelsea, taken in the 1860s by James Hedderly. 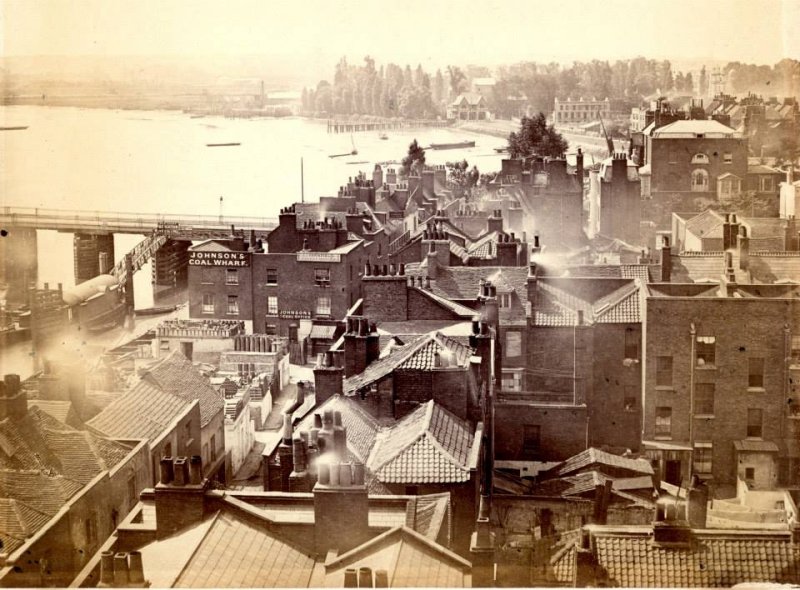 Chelsea
Credit: James Hedderly
James Hedderly was a photographer active in Chelsea before the building of the Embankment and afterwards.

This is a view taken from the tower of Chelsea Old Church. It shows the tangle of closely-packed houses and wharves between Cheyne Walk and Beaufort Street before the embankment. Beyond are the larger house of Lindsey Row and the trees of Cremorne Gardens.