A street within the DA17 postcode 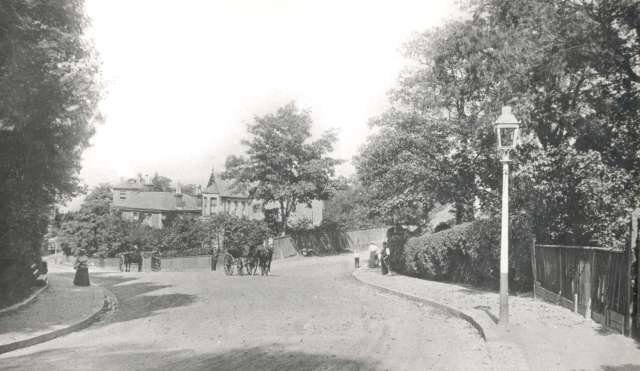 The area which is today known as Belvedere was for centuries part of Lesness Heath, the eastern parts of a narrow high ridge which stretches from the area of Lesnes Abbey to Erith.

The northern stretch is industrial and environmental and was common meadow. In 1847 this largely uncultivated, wooded estate, almost undivided was given by operation of the will of last Lord Saye and Sele to his cousin Sir Culling Eardley, who built properties in Belvedere until his death in 1863.

Eardley constructed a large wooden tower on the heath to gain views over his estate to the river Thames, giving the area its name from the Italian 'beautiful view'. The name can also be applied today, as the ridge of the area, and parts of its southern uplands, have commanding views towards Canary Wharf and Central London.

Until the adoption of the name Belvedere, the area was known as Picardy.

Eardley was persuaded to allow the construction on his property, of a Dissenters' chapel, which was built so that the original wooden belvedere became its tower. In order that the public were able to attend this chapel, he constructed paths to it across Lesness Heath. Eardley had finished in 1861, after nearly 8 years of building, his chapel, now All Saints' Church, after the earlier chapel burned down on the same site. At the same time Eardley constructed Villa Houses and reinforced the heath path to become Erith Road. The village of Belvedere soon grew up along the path which became Nuxley Road as Eardley gradually sold off the land.

Belvedere formed part of the Municipal Borough of Erith before 1965 and development took place before the Second World War, with significant reconstruction after the Blitz. Despite this, Upper Belvedere and The Village still retains much of its Victorian and Edwardian charm and character.

Upper Belvedere features a fine church and some modest brick villas. Lower Belvedere is better known for a Methodist chapel, a football club and a high technology sludge incinerator, which is an unexpected landmark on the south bank of the river Thames. Belvedere railway station, opened in 1859, is in Lower Belvedere and is served by the North Kent Line.