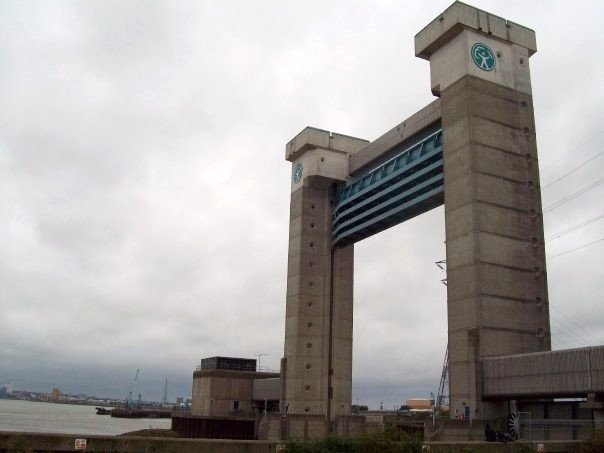 Creekmouth has a wide range of businesses from small local manufacturers to major multi-national companies.

The Creekmouth Village as it was known, was built just below the Thames riverbank in the 1850s by Mr John Bennett Lawes, primarily for workers at his factory, Lawes Chemical and Fertiliser Company.

The village consisted of two rows of small houses, approximately 50 in total and had its own school, Mission Hall, shop and a public house called The Crooked Billet which is mentioned in records going back to 1719.

The village community was very isolated. Most people who lived there worked for the chemical factory, or on the river, on the barges or as Lightermen.

The area was surrounded by marshes and fields full of grazing cows and horses.

For much of the 20th century Creekmouth was the location of the Barking Power Station - the current station is further east near Dagenham Dock.

Creekmouth is nowadays best known for its large industrial estate. The industrial area around River Road and Thames Road is one of the London Borough of Barking and Dagenham's largest employment areas.