Faraday Road is one of the ’scientist’ roadnames of North Kensington. 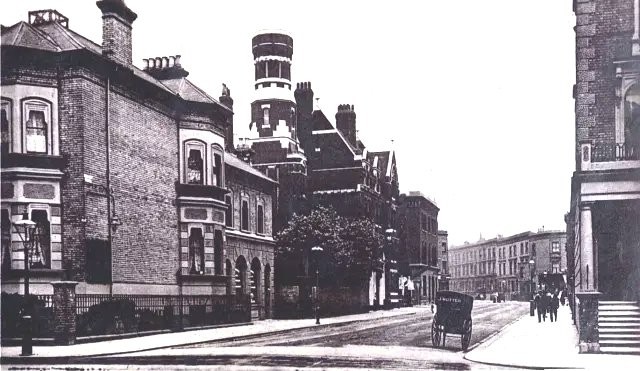 Fire Station on Faraday Road. The building on the left, on the corner of Ladbroke Grove was Raymede Clinic, later pulled down and moved to Telford Road.
Credit: Kensington Libraries
One of the main visions of the 2010s Portobello Square project was to reintroduce Victorian street patterns to the area, reconnecting Faraday Road with other main streets.

The post-war Wornington Green Estate had cut the street off from its hinterland.

In 1969, at corner of Faraday Road and Wornington Road, an adventure playground had been built on the site of Christ Church and its vicarage, demolished in 1949 after bomb damage.