Now a development of typical Finchley suburbia, Abingdon Road was laid out in a narrow field backed by a footpath which ran from Bow Lane to Tarling Road past a gravel pit in Victorian times.

Tudor Primary School, now at the end of the road, was built between Abingdon Road and the footpath, cutting it off. 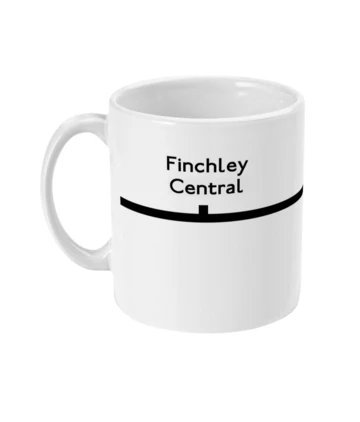 The main road runs on a north-south axis, and is called Regents Park Road from the North Circular Road until it reaches the station, where the name changes to Ballards Lane. Its heart is the ancient district around the St Mary's Church, where the imposing tower of Pardes House (formally Christ's College Finchley), is a landmark. There is a public library, Church End Library and Finchley police station. Along Ballards Lane, close to the station, is a retail district with some Victorian and Edwardian shoping parade as well as modern shops including Tesco.

To the southeast, along East End Road are two institutions of note Avenue House home to the Finchley Society, and a Jewish cultural centre the Sternberg Centre. South, along Regents Park Road is College Farm the last farm in Finchley, and a statue, referred to locally as 'The Naked Lady', but more properly called La Delivrance. Victoria Park is the home of Finchley Carnival, a large fun fair held every year in July, dating back to 1905.

The station was originally named 'Finchley and Hendon'.