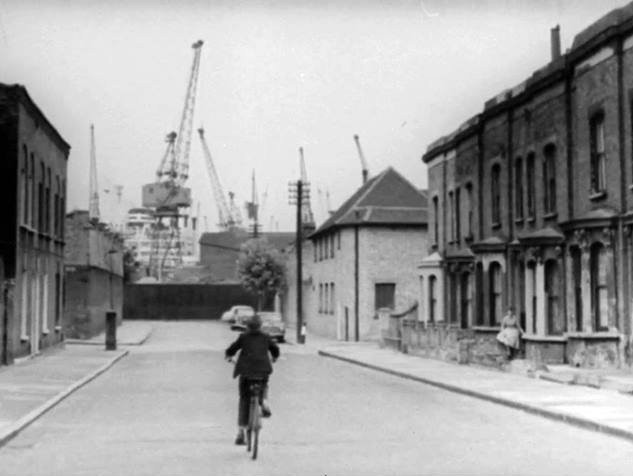 Alpha Grove in 1962. The road running across is Byng Street.
Credit: User unknown/public domain
Alpha Grove ran right through to the West India Dock fence dock - its cranes can be seen at the end of the road. When built in the 1800s, Alpha Road followed a section of the old Island path, Dolphin Lane.

Albert Terrace and Alfred Terrace were rows of houses in Alpha Road.

Alpha Road was renamed Alpha Grove in 1939, and was seriously damaged during WWII.

In 1964 the LCC declared this site as the Manilla Street Clearance Area, and this north end of Alpha Grove became a part of Manilla Street in the Barkantine Estate.

Alpha Road Methodist Chapel (Wesleyan Chapel, Alpha Grove Community Centre) was built in 1887. An additional hall was added in 1926. The buildings were converted into a community centre in the 1970s. 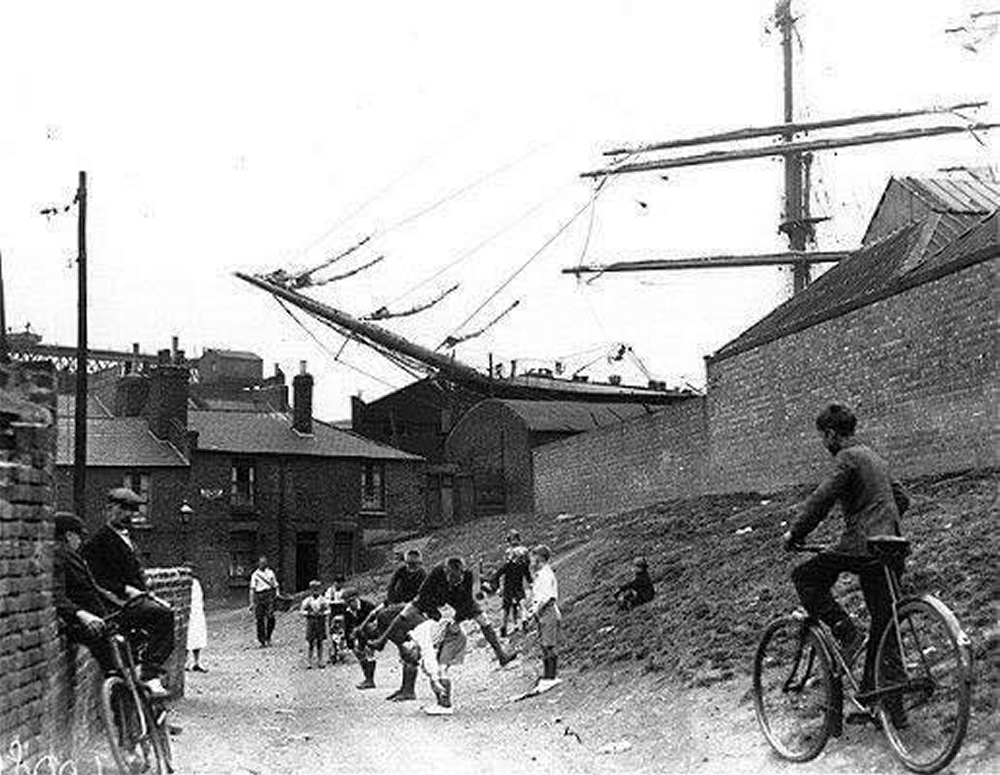 Millwall is the historic name for an area on the west of the Isle of Dogs.

Originally known as Marshwall, the area acquired its new name after its break with the parish of Poplar - Millwall was part of Poplar until the 19th century. The new name of Millwall was due to the large number of windmills built on the river wall in the 19th century. It became heavily industrialised, containing the workplaces and homes of a few thousand dockside and shipbuilding workers.

Millwall F.C. was founded in the area during 1885 as Millwall Rovers. The team moved south of the river to New Cross in 1910.

On 31 January 1858, the largest ship of that time, the SS Great Eastern, designed by Isambard Kingdom Brunel, was launched from Napier Yard. Due to the technical difficulties of the launch, this was the last ship of such a size to be built on the island.

In the 1860s, the Millwall Dock was built, extending from the Thames into the centre of the Isle of Dogs. The spoil from the dock was left as the Mudchute.

The postwar period saw the area become a focus of regeneration programmes on the former industrial land in Millwall. Like other parts of the Isle of Dogs, substantial redevelopment has been ongoing since the 1980s, resulting in modern buildings beginning to predominate over the remaining early 20th century "two up, two down" semi-detached and terraced homes that housed the dock workers.

The area remains home to a number of council estates. 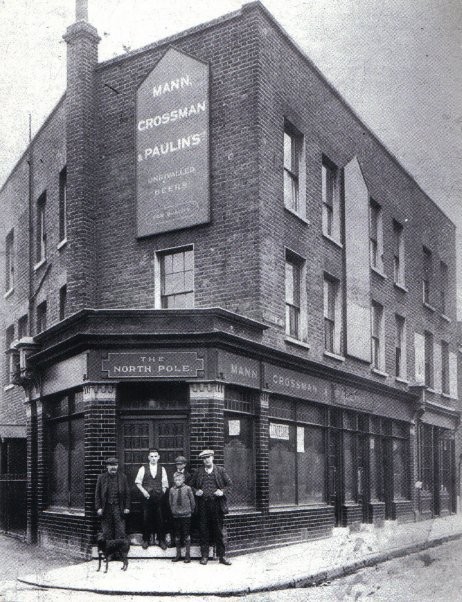 The North Pole
Credit: Island History Trust
Licence: CC BY 2.0
To View or share the image, go to its dedicated web page