Originally Camberwellâs High Street, the âDenmark Hallâ pub and attached tea room (which continued in operation after the public house failed in the 1790s), was built by Luke Lightfoot on the site of what was later âthe Fox on the Hillâ, in about 1770.

The greater part of the land on the west side of the roads now known as Denmark Hill and Herne Hill was bought in 1783 by Samuel Sanders, a wealthy timber merchant. Shortly afterwards he built himself a large house at Denmark Hill, and began to grant long leases of the land fronting the road.

By 1843 an almost unbroken line of large houses stretched from St. Matthewâs Church, Denmark Hill, to the south end of Herne Hill. 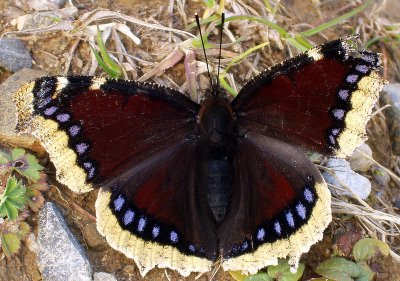 Camberwell is a district of south London, England, and forms part of the London Borough of Southwark. It is a built-up inner city district located nearly three miles southeast of Charing Cross.

It was already a substantial settlement with a church when mentioned in the Domesday Book, and was the parish church for a large area including Dulwich and Peckham. It was held by Haimo the Sheriff (of Kent).

Up to the mid-nineteenth century, Camberwell was visited by Londoners for its rural tranquillity and the reputed healing properties of its mineral springs. Like much of inner South London, Camberwell was transformed by the arrival of the railways in the 1860s.

Camberwell today is a mixture of relatively well preserved Georgian and 20th-century housing, including a number of tower blocks. Camberwell Grove, Grove Lane and Addington Square have some of London's most elegant and well-preserved Georgian houses. The crossroads at the centre of Camberwell is the site of Camberwell Green, a very small area of common land which was once a traditional village green on which was held an annual fair of ancient origin which rivalled that of Greenwich. An extensive range of bus routes have stops at Camberwell Green.

The Camberwell Beauty is a butterfly (Nymphalis antiopa) which is rarely found in the UK - it is so named because two examples were first identified on Coldharbour Lane, Camberwell in 1748.

A large mosaic of the Camberwell Beauty used to adorn the Samuel Jones paper factory on Southampton Way. The paper factory has since been demolished but the mosaic was removed and re-installed on the side of Lynn Boxing Club on Wells Way.