Goswell Road is one of the streets of London in the EC1M postal area. 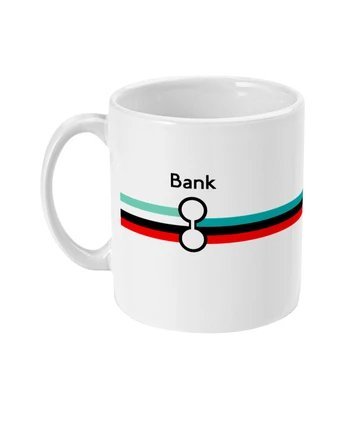 The first station to be known as Bank opened on 25 February 1900 when the City & South London Railway (C&SLR, now part of the Northern line) opened its extension from Borough to Moorgate. The earlier terminus of the line, King William Street, on a different tunnel alignment was closed at the same time.

The C&SLR had obtained permission to demolish the 18th century church of St Mary Woolnoth on the corner of Lombard Street and build a station (originally proposed to be named Lombard Street) on the site. After public protest, the company changed its plans to build only a sub-surface ticket hall and lift entrance in the crypt of the church. This necessitated moving the bodies elsewhere, strengthening the crypt with a steel framework and underpinning the church's foundations. Unusually for stations later converted to escalators, the original lift access from the ticket hall is still in use.

The opening of the eastern terminus of the Central London Railway (CLR, now the Central line) at Bank followed on 30 July 1900.

As with the C&SLR, the high cost of property in the City, coupled with the presence of the Royal Exchange, the Bank of England, and Mansion House, meant that the station had to be built entirely underground. Permission was granted by the City of London Corporation for the station to be sited beneath the busy junction of roads meeting at this point on condition that public subways were provided to act as pedestrian road crossings. To avoid undermining the road above, the station's lifts were installed in separate lift shafts rather than paired two-per-shaft as usual.

Due to the close proximity of the CLR, Waterloo and City (who had built a nearby station called City) and C&SLR stations, and the non-competing directions of their services, their ticket halls were soon connected, but connection between the CLR and C&SLR platforms were made only when escalators were installed in the 1920s.

The southern end of the C&SLR (by then part of the Edgware-Highgate-Morden line) platforms was close to those of Monument station and, on 18 September 1933, a connecting escalator link was opened.

The Docklands Light Railway built a tunnelled extension to platforms parallel to (but deeper than) the Northern line platforms which opened on 29 July 1991. The DLR platforms were connected at one end to the Central line and at the other to Monument station. A new link between the Waterloo & City and the Central line was excavated which uncovered part of one of the Greathead tunnelling shields used for the Waterloo and City line. This shield forms part of the new passageway, and passengers pass through when transferring between the two lines.