Manor House station was named after a nearby pub. 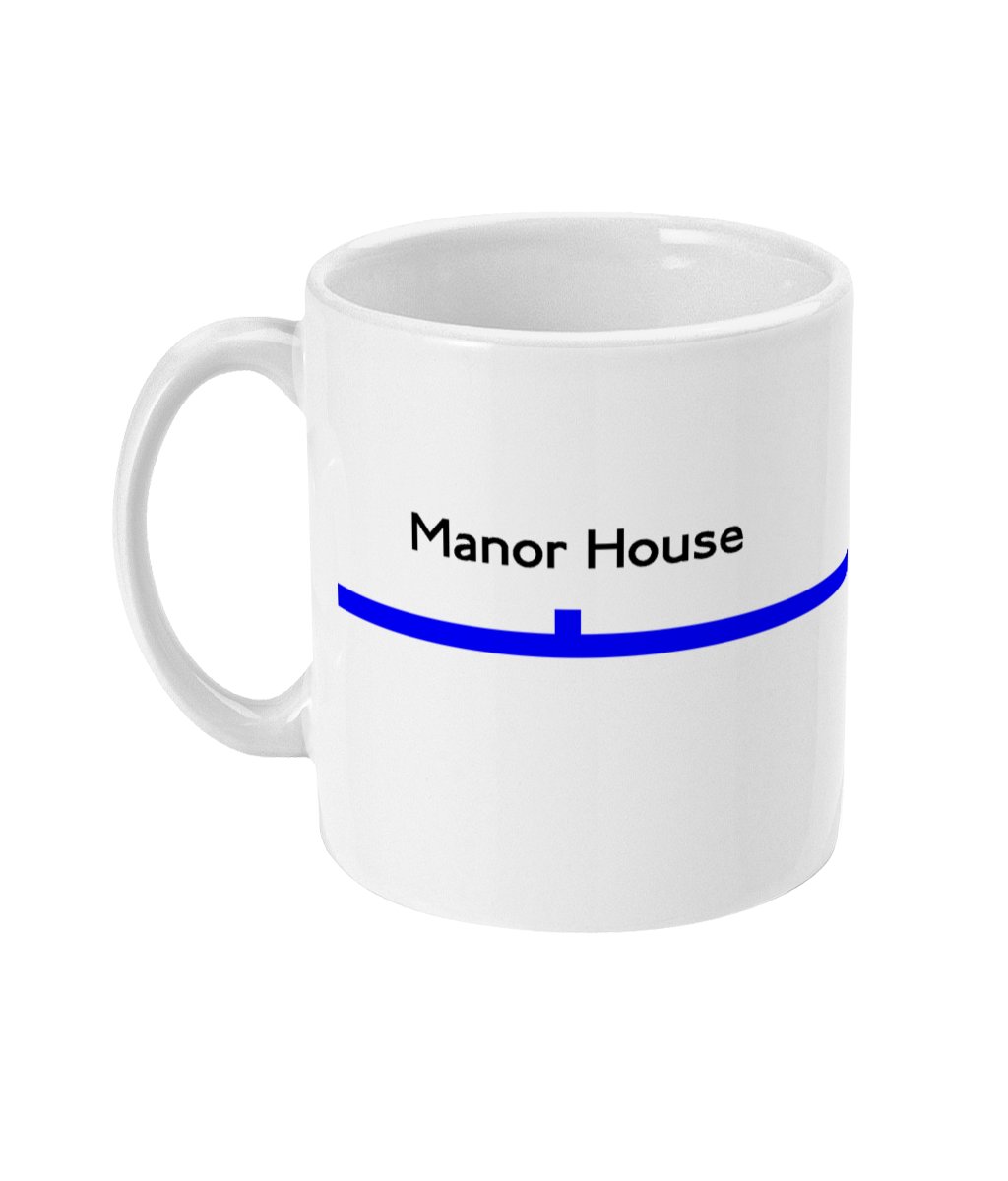 Situated at the junction of Seven Sisters Road and Green Lanes, it was opened on 19 September 1932.

It was designed by Charles Holden and, on the Piccadilly Line, it lies between Finsbury Park and Turnpike Lane stations. The sub-surface areas of the station were tiled in biscuit coloured tiles lined with blue friezes.

Like other stations on the 1932 Cockfosters extension, Manor House set new aesthetic standards. The station tunnels have a diameter of 7 metres and were designed for the greater volume of traffic expected. The provision of ’suicide pits’ between the rails was also innovative.