The Red Lion was situated at 34 Kilburn High Road. 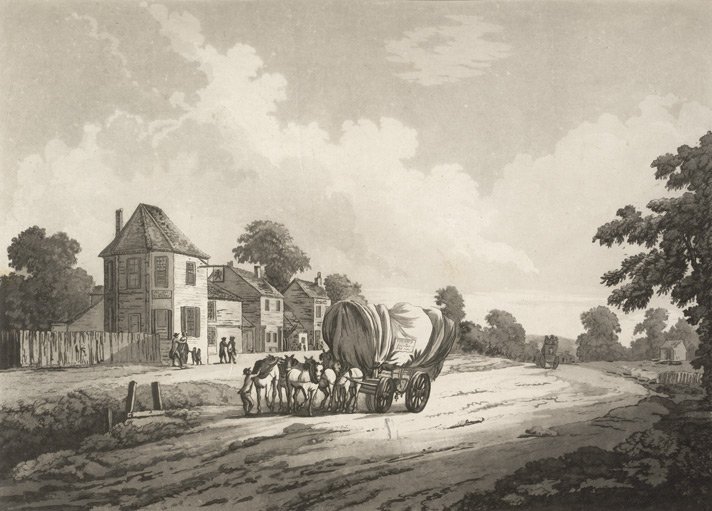 View of The Red Lion, a roadside inn on the Edgware Road at Kilburn. The Edgware Road is a long straight road which runs from Oxford Street to St John’s Wood, following the course of the old Roman road heading north out of London to the Middlesex village of Edgware and beyond. There were a number of inns built to serve travellers along the road, including the Red Lion which dated back to the 15th century.
Credit: C. A. Prestel. Etching fated 1789.
Rebuilt in the late 19th century, this pub had occupied this site since 1444.

This pub was known as The Westbury at time of closure in 2012.