Dennis Severs' House in Folgate Street is a 'still-life drama' created by the previous owner as an 'historical imagination' of what life would have been like inside for a family of Huguenot silk weavers. 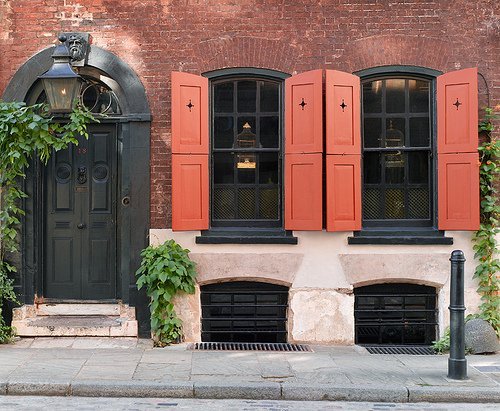 Dennis Severs House faÃ§ade photographed from Folgate Street, London in 2010
Credit: Alanwill
It is a Grade II listed Georgian terraced house in Spitalfields, London, England. From 1979 to 1999 it was lived in by Dennis Severs, who gradually recreated the rooms as a time capsule in the style of former centuries. It is now open to the public.

The house is on the south side of Folgate Street, and dates from approximately 1724. It is one of a terrace of houses (Nos 6-18) built of brown brick with red brick dressings, over four storeys and with a basement. The listing for the house, compiled in 1950, describes No 18 as having a painted facade, and that the first floor