St Mary-le-Bow is an historic church rebuilt after the Great Fire of 1666 by Sir Christopher Wren. According to tradition a true Cockney must be born within earshot of the sound of Bow Bells.

"Cheapside and Bow Church" engraved by W. Albutt, 1837 steel engraved print after a picture by T.H. Shepherd, first published in The History of London: Illustrated by Views in London and Westminster.
Credit: W. Albutt
Archaeological evidence indicates that a church existed on this site in Saxon times. A medieval version of the church had been destroyed by the London Tornado of 1091, one of the earliest recorded (and one of the most violent) tornadoes in Britain, although the newly completed arched crypt survived.

During the later Norman period the church, known as âSt Mary de Arcubusâ, was rebuilt and was famed for its stone arches. At that period the 12 feet 6 inches high vaulted crypt although only accessible from within the church had windows and buttresses visible from the street.

From at least the 13th century, the church was a peculier of the Diocese of Canterbury and the seat of the Court of Arches, to which it gave the name. The âbow bellsâÂ, which could be heard as far away as Hackney Marshes, were once used to order a curfew in the City of London. This building burned in the Great Fire of London of 1666.

The church with its steeple had been a landmark of London. Considered the second most important church in the City of London after St Paulâs Cathedral, St-Mary-le-Bow was one of the first churches to be rebuilt after the fire by Christopher Wren and his office. The current structure was built to the designs of Wren between 1671 and 1673; the 223-foot steeple was completed in 1680. The mason-contractor was Thomas Cartwright, one of the leading London mason-contractors and carvers of his generation.

Much of the current building was destroyed by a German bomb during the Blitz on 10 May 1941, during which fire the bells crashed to the ground. Restoration under the direction of Laurence King began in 1956. The bells as listed above, cast in 1956, were eventually installed to resume ringing in 1961. The church was formally reconsecrated in 1964, having achieved designation as a Grade I listed building on 4 January 1950.

In the church is a memorial to members of the Norwegian resistance who died in the Second World War.

St Mary-le-Bow ministers to the financial industry and livery companies of the City of London. Consequently, services feature weekday morning and evening led prayers lasting just a quarter of an hour generally at 08:15 (except Tuesdays) and 17:45. There is a memorial in the church to the first Governor in Australia, Admiral Arthur Phillip, who was born in the parish.

It is still home to the Court of Arches today.

The previous "great bell at Bow", the tenor bell of the ring of bells installed in 1762 and destroyed in an air raid of 1941, weighed 58 hundredweight, with six tons of ironwork braces cut into the inside walls of the tower as reinforcement. Earlier still, the first great bell was a byword for having a sonorous tone as, in 1588, pamphleteer Robert Greene sarcastically likens the verse of Christopher Marlowe to the bellâs "mouth-filling" resonance.

Ordinarily, distances by road from London are now measured from Charing Cross but, before the late 18th century, they were measured from the London Stone in Cannon Street, or the Standard in Cornhill. However, on the road from London to Lewes, the mileage is taken from the church door of St Mary-le-Bow. To note the reference point used, mileposts along the way are marked with the rebus in cast-iron of a bow and four bells. 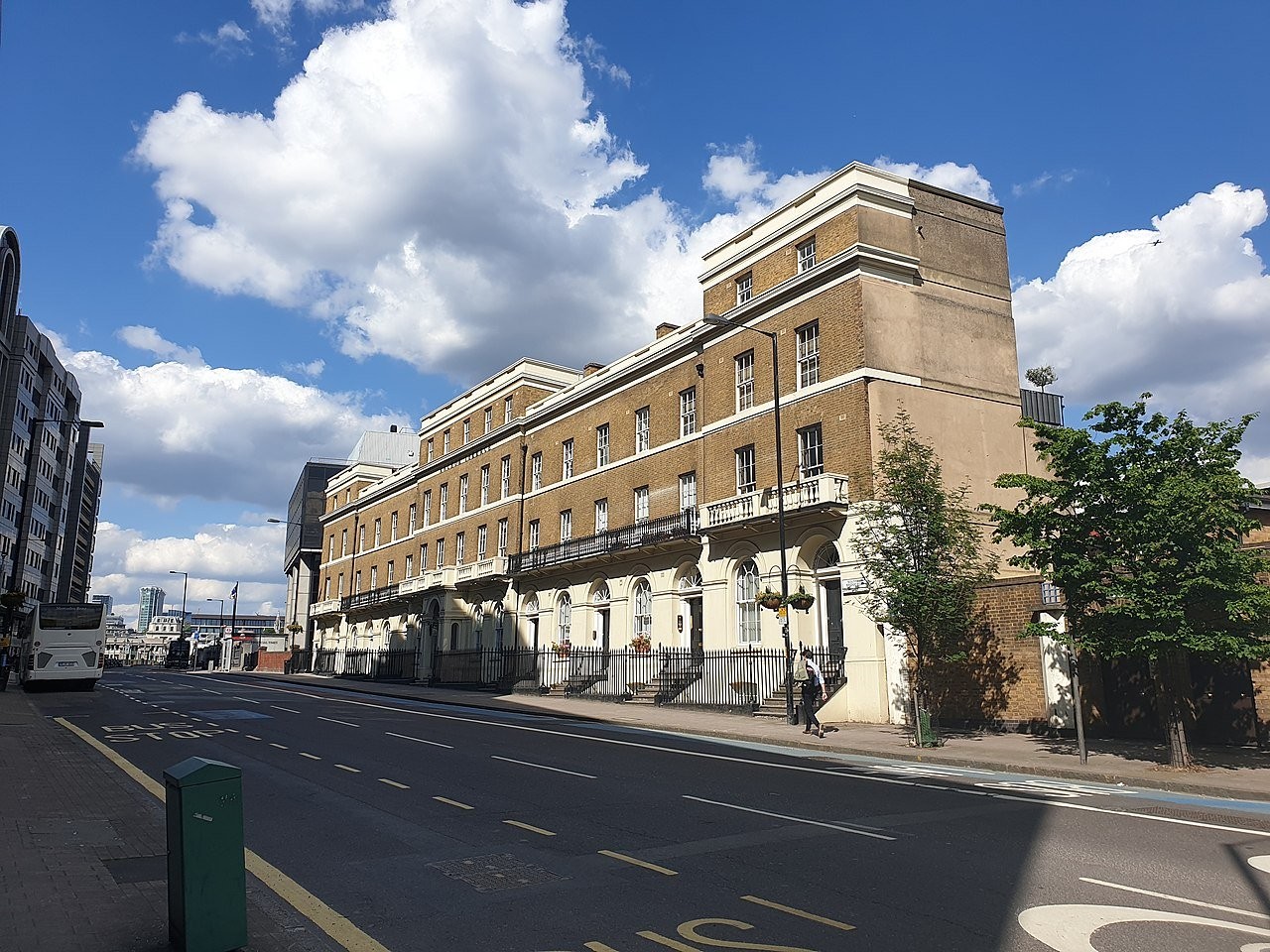 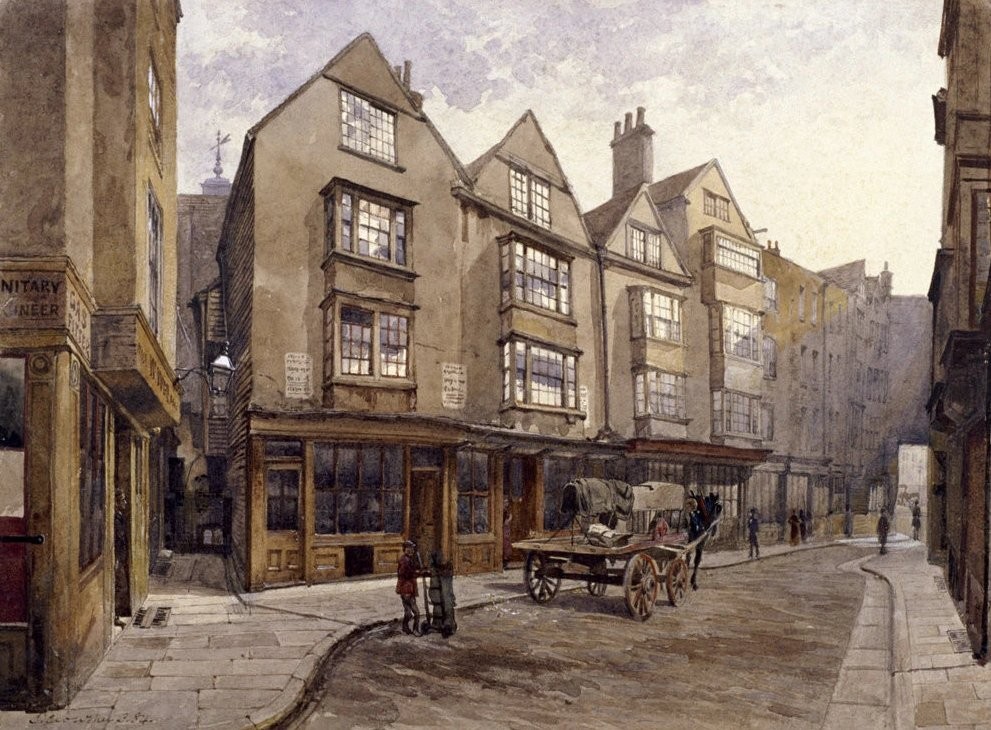 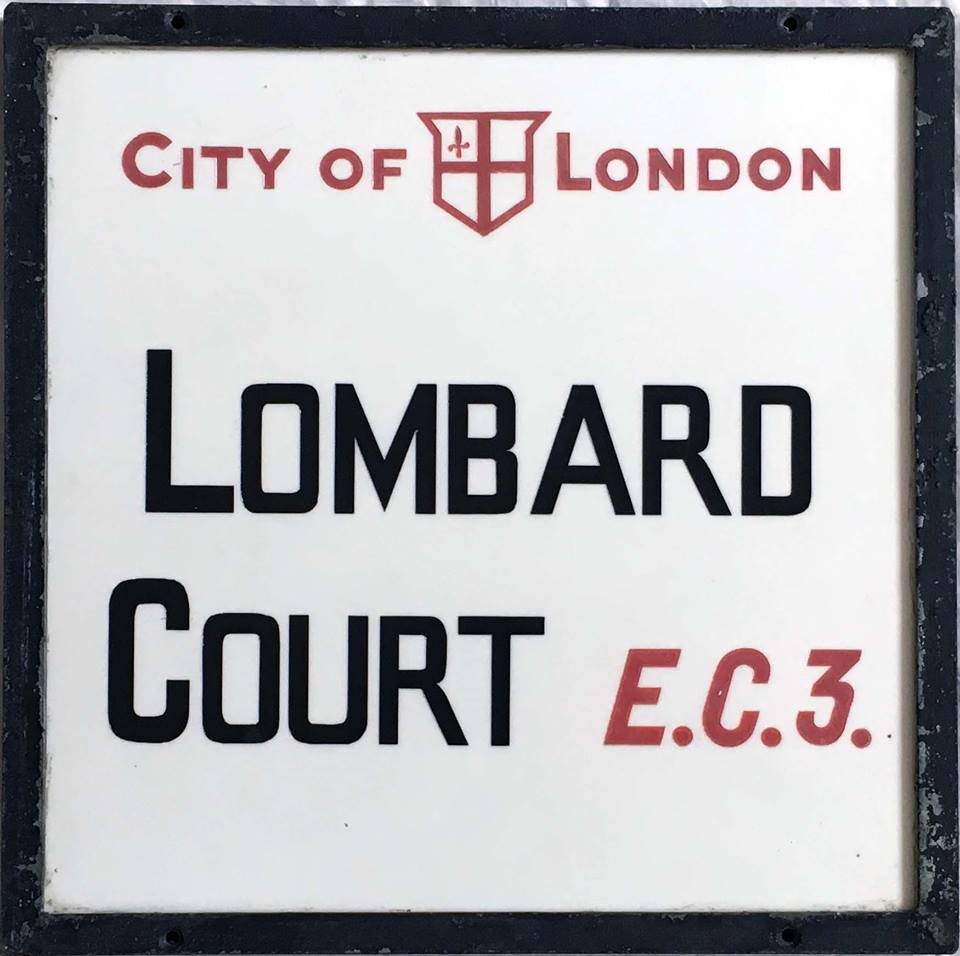 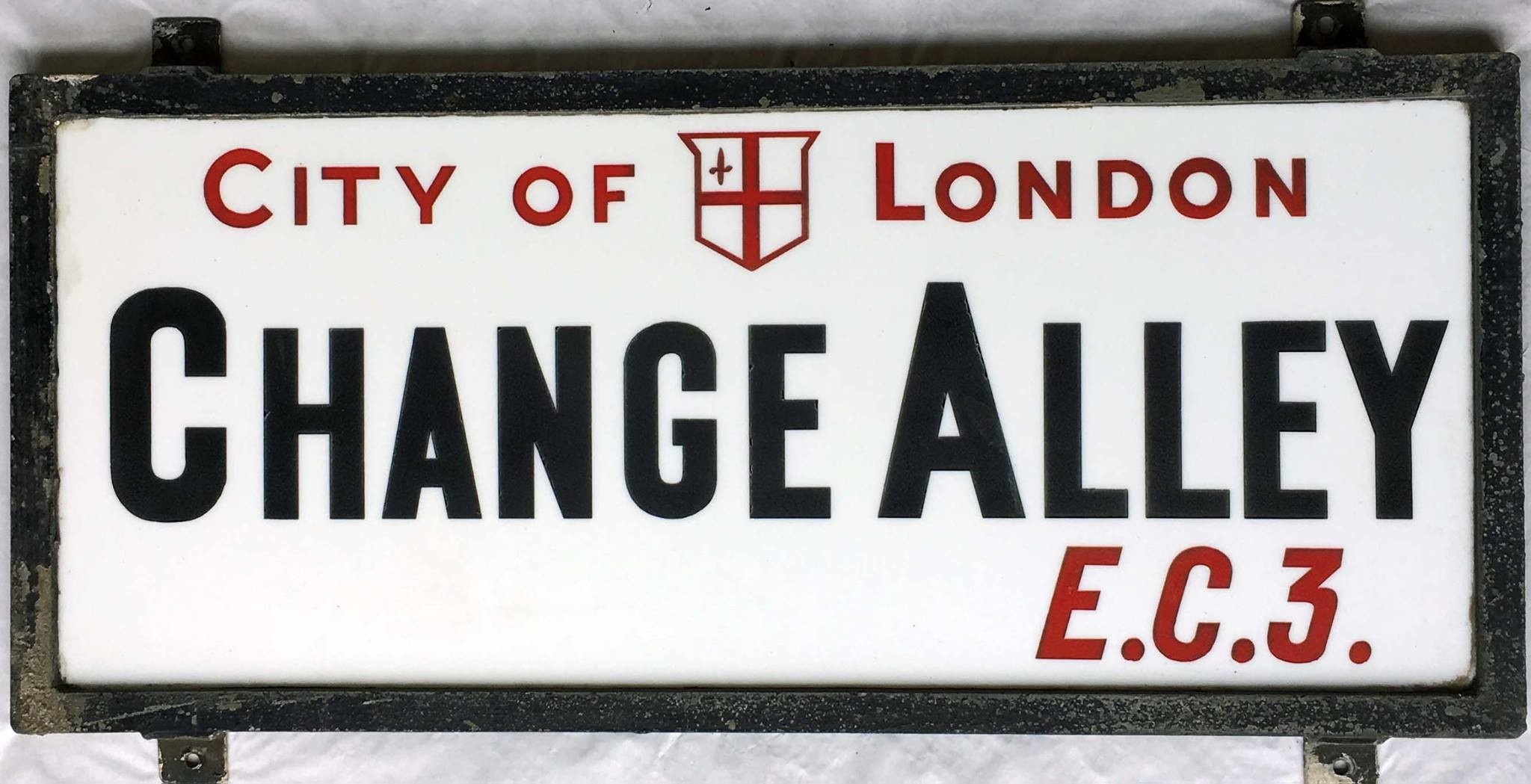 A 1950s (or earlier?) City of London street sign from Change Alley, EC3.
Licence: CC BY 2.0
To View or share the image, go to its dedicated web page

The entrance to the Cardinal Cap Alley is under the lamp, left of the yellow door
Credit: Peter Holmes
Licence: CC BY 2.0
To View or share the image, go to its dedicated web page