St Joseph's dominated a part of Portobello Road up until the 1980s. 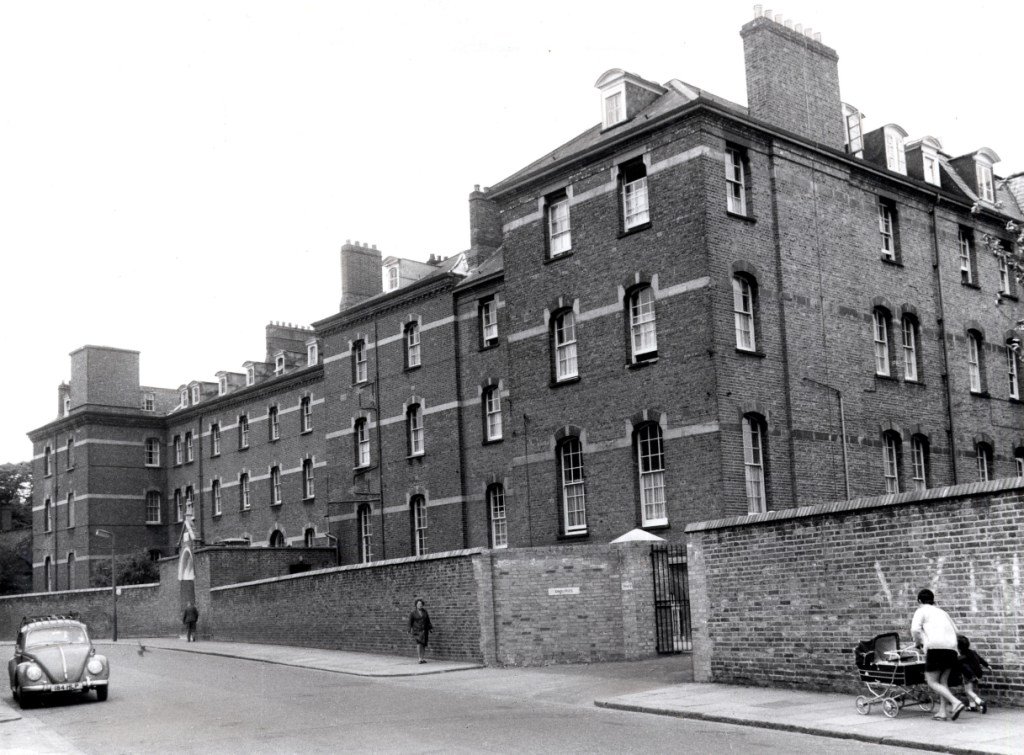 St Joseph’s in the 1970s
Credit: RBKC Libraries
In 1864 Portobello farmhouse was sold to the Little Sisters of the Poor, who originated in Brittany. On the site of the farm's orchard, they built St Josephâs Convent, a home for the aged and infirm, by 1869.

Three years later this was described as a 'large brick edifice, giving the impression of a workhouse hospital', in which over two hundred residents were accommodated. It was considerably enlarged in 1882 to designs by F. W. Tasker, who may also have designed the original building.

Contemporary accounts tell of a charitable and relaxed regime. The old and ill of both sexes were housed in large airy dormitories with patchwork quilts on the beds.The home was well supported by the local community. The Sisters were a familiar sight in the area until the late 1970s. They regularly collected foodstuffs from the market stalls and local shops.

Latterly, the home consisted of a large group of outwardly utilitarian three-storey buildings with semi-basements and attics, built of yellow stock bricks with bands of blue-black brick and stone, and stone dressings.

St Joseph's Close, a private housing estate on its site, was built in 1986. When the home was demolished the old wall was retained but the entrances blocked up.