Woodstock House was a large stuccoed house, dating from the early 19th century in Golders Green. 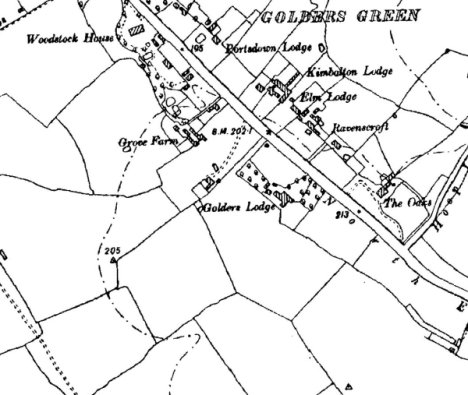 Suburban development began on 85Â½ acres near Woodstock House in 1906. Prominent among those responsible was Sir Edwin Evans, 'the Napoleon of suburban development', who worked on the Woodstock estate and elsewhere in conjunction with local firms, like those of Ernest Owers and Farrow and Howkins.

Sisters of La Sagesse, known also as the Montfort sisters, settled in Cricklewood in 1903 after their expulsion from France. They engaged in social and educational work and in 1909 moved to Woodstock House which was renamed La Sagesse Convent. Later they opened an independent day and boarding school for girls of all ages, extending the premises in 1926-7 and 1932. From 1965 the school catered for educationally-disadvantaged children, of whom there were 86 on the roll in 1969.

It gave its name to a series of later roads called "Woodstock" and was to be the original name for what became Brent Cross station.