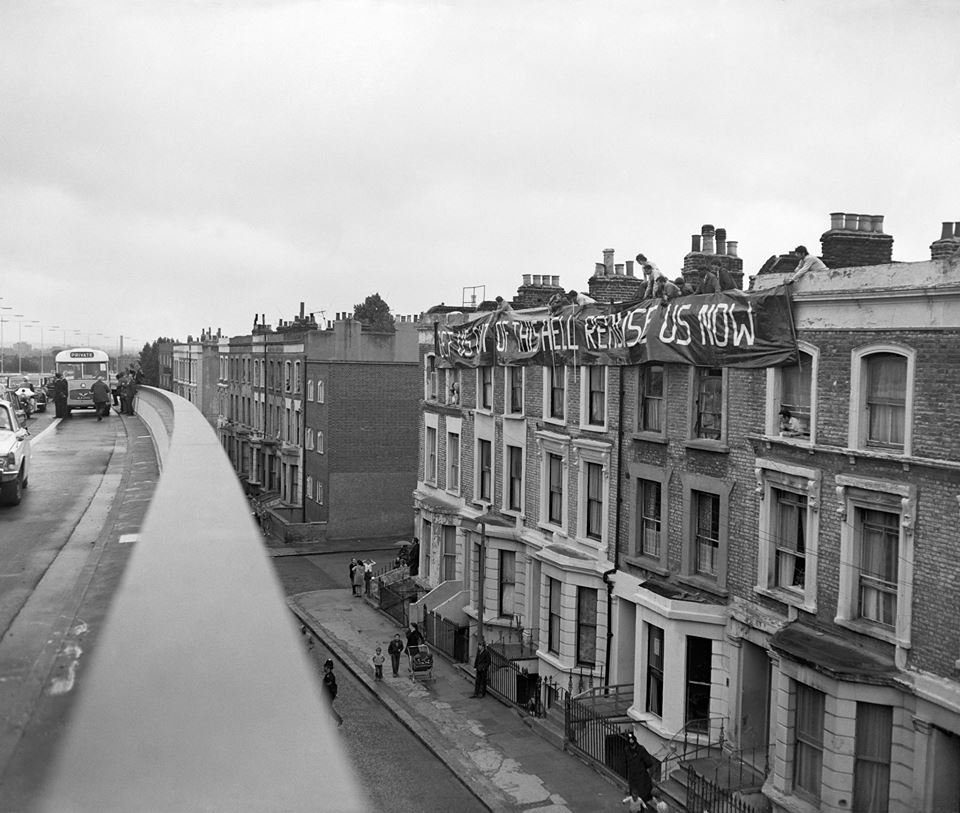 Flats in the Acklam Road section of the Western Avenue Extension are decorated with banners put up by residents, protesting against the new road, on the day of the opening ceremony at Paddington Green.
Acklam Road was built in c.1866 under the aegis of the Land and House Investment Society Ltd.

For the following one hundred years, it continued a quiet existence until the Westway elevated motorway was built alongside it - demolishing one side of the street as it was constructed.

Residents were subjected to first the noise and disruption of the construction. Then, as the motorway opened, continual traffic noise.

The estate which succeeded the houses was commonly agreed as not much of an improvement.