The Admiral Blake was situated at the corner of Ladbroke Grove and Barlby Road. 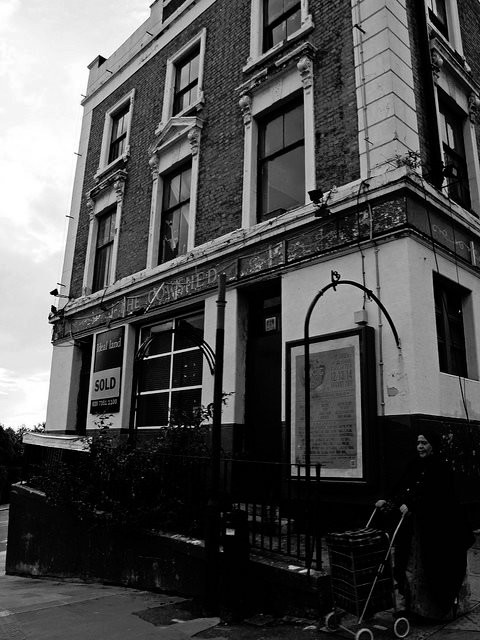 Admiral Blake (The Cowshed)
It had the alternative name the Cowshed because it stood near to the site of former cowsheds.

Admiral Mews was occupied by a series of sheds for cows. Drovers bringing their cattle to the London markets would house them in these sheds for the night, whilst they themselves found shelter and refreshment in the neighbouring tavern.

By the turn of the 21st century the pub had actually been renamed as "The Cowshed".

The exterior of the pub was featured in the early 2000s pub-based sitcom, "Time Gentlemen Please", written by Richard Herring and Al Murray.