This is the view looking north down Pembridge Road from Notting Hill Gate. 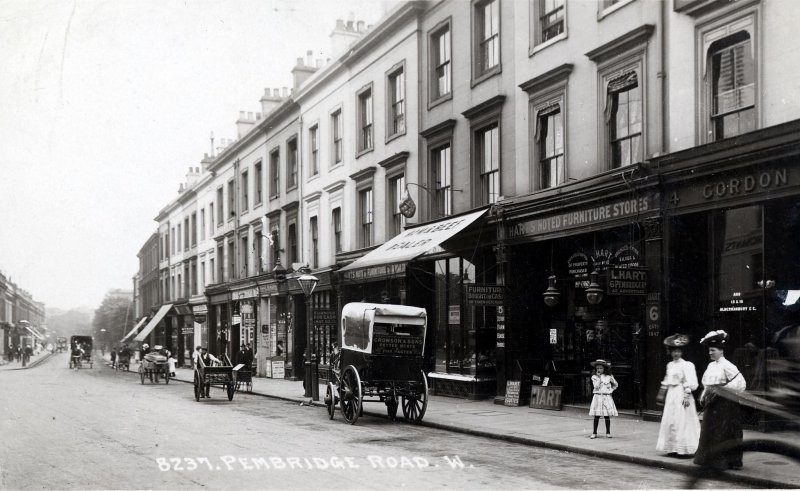 Pembridge Road (1900s)
Most of these buildings are still there now, only the shops have changed. And the
people of course!