Sutherland Avenue is one of the main streets of Maida Vale. 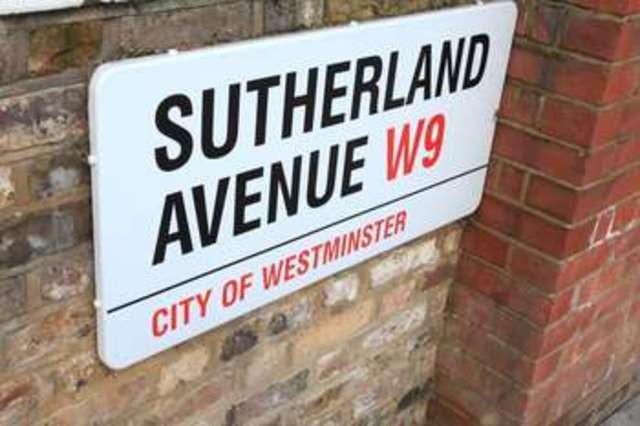 Building in the area continued steadily in the late 19th century but not very fast. Behind the frontages, built up except for a stretch of Portsdown Road, the area enclosed by Shirland, Kilburn Park, and Portsdown roads and Sutherland Avenue was still empty in 1886, allowing time for 26 acres in the north part to be saved for public use as Paddington recreation ground.

The heart of Maida Vale, south of Paddington recreation ground, is residential, containing mostly brick terraces of the 1860s and later. There are a few shops at the east end of Sutherland Avenue.

Much of Maida Vale was classified as wealthy c. 1890, including the Edgware Road frontage from Stranraer Place (leading to Sutherland Avenue) to slightly north of Carlton Vale, and the whole of Sutherland Avenue east of Shirland Road, with Warrington and Randolph crescents and Clifton Gardens.

Flat-building along both sides of Edgware Road had made the Maida Vale section âtypical of suburban arterial roads in fairly well-to-do districtsâ by the time of the Second World War. Along Edgware Road many villas made way for flats after 1964: Stuart Tower, a joint venture by the Church Commissioners and George Wimpey & Co., south of Sutherland Avenue, the GLCâs Atholl, Braemar, and Dundee houses to the north, and Edinburgh, Falkirk, and Glasgow houses between Elgin Avenue and Carlton Vale were all built by 1975.