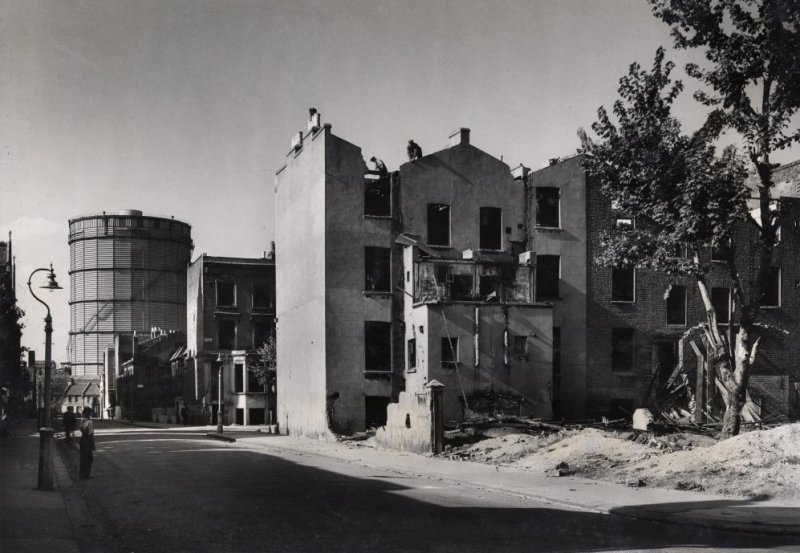 Photographed just after the Second World War, looking north along Exmoor Street.
Credit: Archive of Kensington and Chelsea borough library.
A bomb had demolished many of the houses of St Charles Square, in the right foreground. The western end of Rackham Street can be seen behind on the right. The gasometer which dominated the area, survived the war, finally demolished in the 1980s.

With all the bomb damage meaning unhabitable housing, the streets are largely empty of people.