Photographed in 1951, the corner of St Charles Square and Ladbroke Grove looking northwest just after the Second World War. 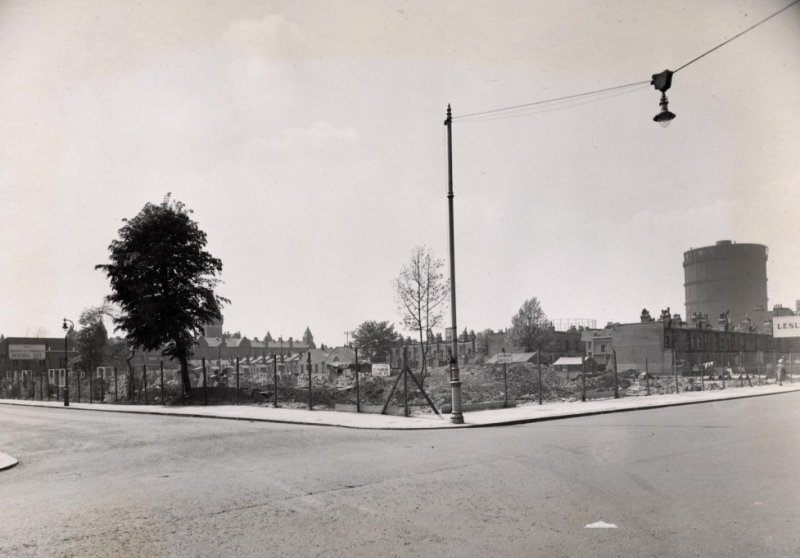 Photo from the archive of Kensington and Chelsea borough library.
The view is of allotments and prefabs taking the place of the houses and shops which stood here before the war.

The following year, a new development would again completely alter the scene.