Notting Barns Farm was one of two farms in the North Kensington area. 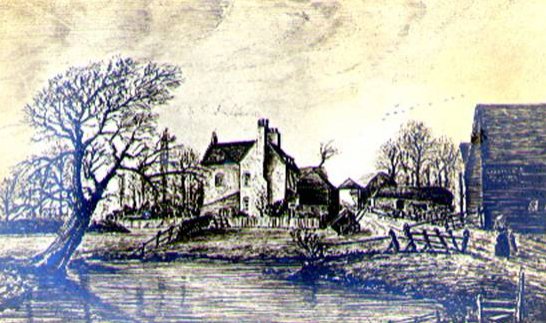 The image depicts Salter’s Farm
The farm, also known as Notting Hiil Barns Farm and Salters Farm, stood within countryside that was recorded as âdensely wooded thickets, the coverts of game, red and fallow deer, boars and wild bullsâ once known as Middlesex Forest.

It was approached via a footpath that was known as Greenâs Lane. There is a sketch of the manor house but the farmhouse seems not so substantial a building as to have been a grand house.

It remains clear that there were two ponds serving the farm and the source of water was derived from the springs that gave rise to the streams or marshes south of the higher ground.

In 1880 the farmhouse house was still standing although by then surrounded by new building.