The gasometers of the Gas Light and Coke company dominated North Kensington until demolition in the late 20th century. 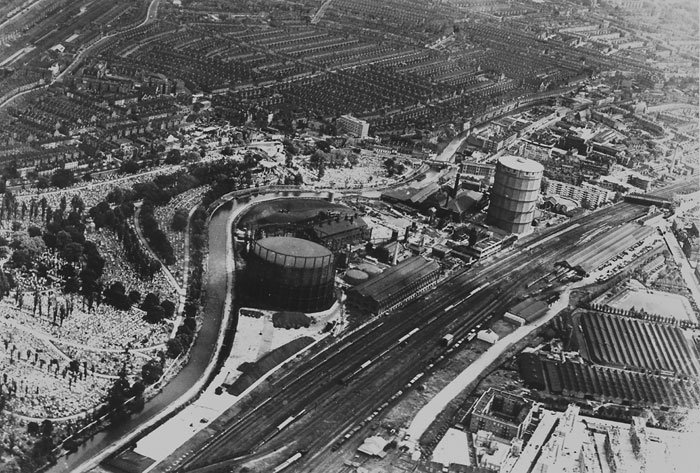 This 1930s aerial view of Kensal shows the area during the peak of its industrialisation. The towering gasometers of the Gas Light and Coke company can be seen in the centre with the Sunbeam Talbot motor manufacturers on the other side of the railway lines. North Kensington is dominated by rows of terraced housing. One corner of tranquillity can be seen on the left, Kensal Green Cemetery
In 1845 the Western Gas Company had opened a gasworks on land, previously the property of Sir George Talbot, with frontages to both the canal and the railway.