The Royal Air Force Museum London, commonly known as the RAF Museum, is a museum located on the former Hendon Aerodrome, dedicated to the history of aviation and the British Royal Air Force. 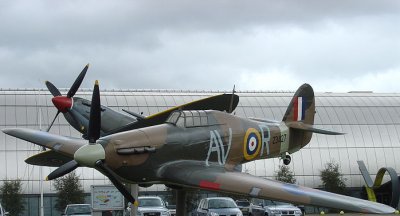 RAF Museum
The museum was officially opened at the Colindale (then part of Hendon) London site on 15 November 1972 by Queen Elizabeth II.

The hangars housed just 36 aircraft at opening. Over the years, the collection increased, and aircraft not on display at Hendon were stored or displayed by smaller local RAF station museums.