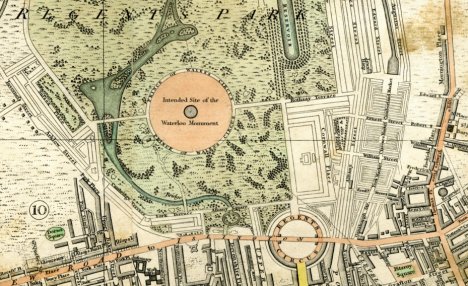 Regent’s Park
In the Middle Ages the land was part of the manor of Tyburn, the property of Barking Abbey. In the Dissolution of the Monasteries, Henry VIII appropriated the land, and it has been Crown property ever since, except for the period between 1649 and 1660.

It was set aside as a hunting park, known as Marylebone Park, until 1649. It was then let out in small holdings for hay and dairy produce.

When the leases expired in 1811 the Prince Regent (later King George IV) commissioned architect John Nash to create a masterplan for the area. Nash originally envisaged a palace for the Prince and a number of grand detached villas for his friends, but when this was put into action from 1818 onwards, the palace and most of the villas were dropped. However, most of the proposed terraces of houses around the fringes of the park were built. Nash did not complete all the detailed designs himself; in some instances, completion was left in the hands of other architects such as the young Decimus Burton.

The Regent Park scheme was integrated with other schemes built for the Prince Regent by Nash, including Regent Street and Carlton House Terrace in a grand sweep of town planning stretching from St. James's Park to Parliament Hill.

The park was first opened to the general public in 1835, initially for two days a week. The 1831 diary of William Copeland Astbury describes in detail his daily walks in and around the park, with references to the Zoo, the canal, and surrounding streets, as well as features of daily life in the area.

On 15 January 1867, forty people died when the ice cover on the boating lake collapsed and over 200 people plunged into the lake. The lake was subsequently drained and its depth reduced to four feet before being reopened to the public.

Queen Mary's Gardens in the Inner Circle were created in the 1930s, bringing that part of the park into use by the general public for the first time. The site had originally been used as a plant nursery and had later been leased to the Royal Botanic Society.

Regentâs Park - not the park itself but the tube station.

Regentâs Park tube station is a London Underground station near to Regentâs Park, located on Marylebone Road between the two arms of Park Crescent.

The station was opened on 10 March 1906 by the Baker Street & Waterloo Railway (BS&WR); In the original parliamentary authority for the construction of the BS&WR no station was allowed at Regentâs Park. Permission was granted to add it to the already partially constructed line in 1904.

Because of this same rule and unlike most of the BS&WRâs other stations, Regentâs Park has no surface buildings and is accessed from a subway. 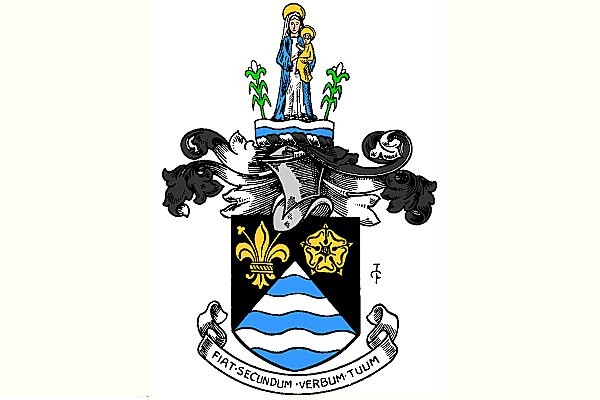