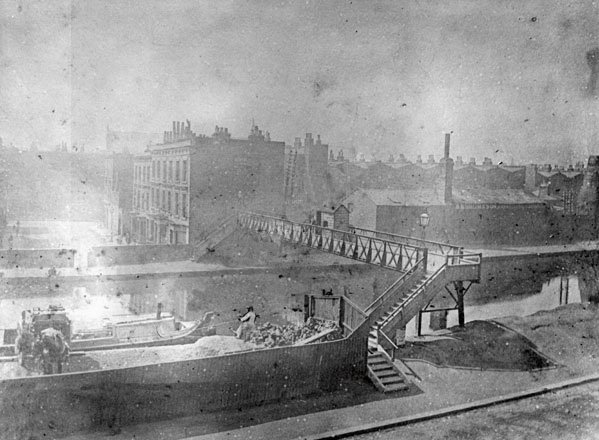 Halfpenny Steps with Wedlake Street behind
Credit: Westminster City Archive
Baths and a laundry to serve Queen's Park had been built in 1898, where the boundary with Kensington ran slightly south of the canal along Wedlake Street to Kensal Road. They were built next to Halfpenny (Ha'penny) Steps which allowed access across the canal from the Harrow Road to the baths for people from the Queen's Park Estate.

Wedlake Street Baths housed both a swimming pool and public baths. Families would go there for their weekly bath. There was a distinct system in place to use the facilities - you would get a numbered ticket and sat until your number was called. While you were in the bath, you could shout out to the attendent if you wanted more hot or cold water. The steel changing cubicles, a local remembered, were all made of steel - even the door. 'It felt like you were in stir!', remembered one.

Earlier times, people would leave their clothes unattended in the cubicle with the half door and a curtain on the top. Then it turned modern and they got the clothes basket and a number to pin on their costumes.

Wedlake Baths were closed in 1980. 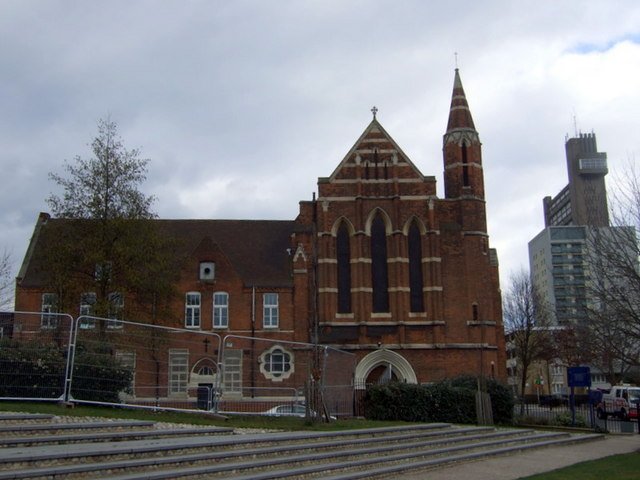