The Cock and Hoop Inn was standing on the corner of West End Lane and Fortune Green Road by 1723. 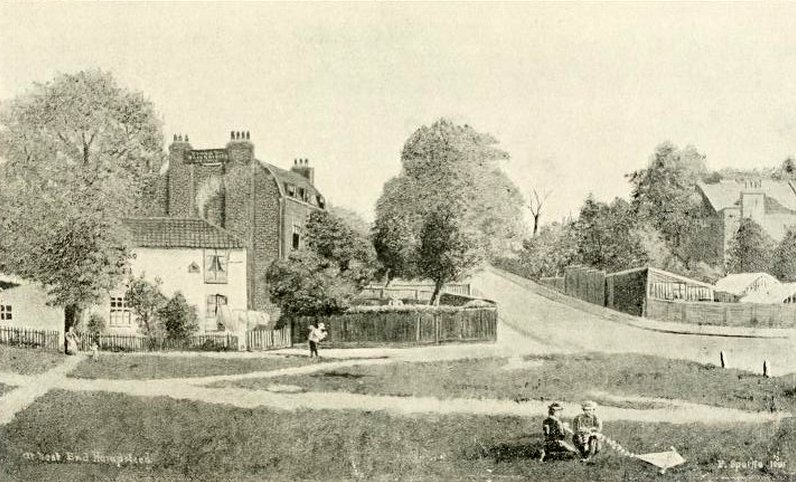 Not much had changed in the intervening years. The few mansions were still occupied by wealthy tenants. Meanwhile workersâ cottages and tenements clustered round the Green with the local farmhouse, the Old Black Lion beerhouse (established 1751) and Cock & Hoop pub nearby. The three drinking establishments were still only serving to a total population of just over 500 in the 1870s.

In 1896 the authorities closed the Cock and Hoop when it was discovered that the named licensee, Mr Robinson, had been dead for four years.

The Cock and Hoop was pulled down and Alexandra Mansions built on its site in 1902.