This photo from the London Transport Collection shows Golders Green crossroads looking south in 1905. While this predates the arrival of the Hampstead Tube (Northern Line) by a couple of yearsâ land speculation is already taking place. 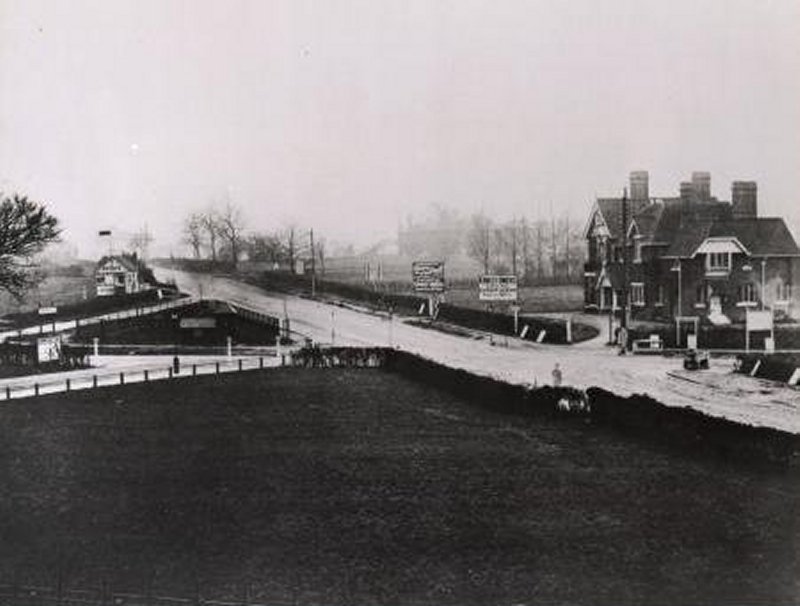 Golders Green crossroads looking south in 1905
Credit: London Transport Collection
At the beginning of the 20th century Golders Green was a small rural hamlet with only a few houses, but the opening of the railway stimulated a rapid building boom causing the number of houses and the population to increase greatly.

The photographer is standing in a position which would see them directly underneath the earth of the Golders Green railway viaduct by 1907.