The West End Sidings Estate takes its name from the former West End railway sidings running along the Midland Railway. 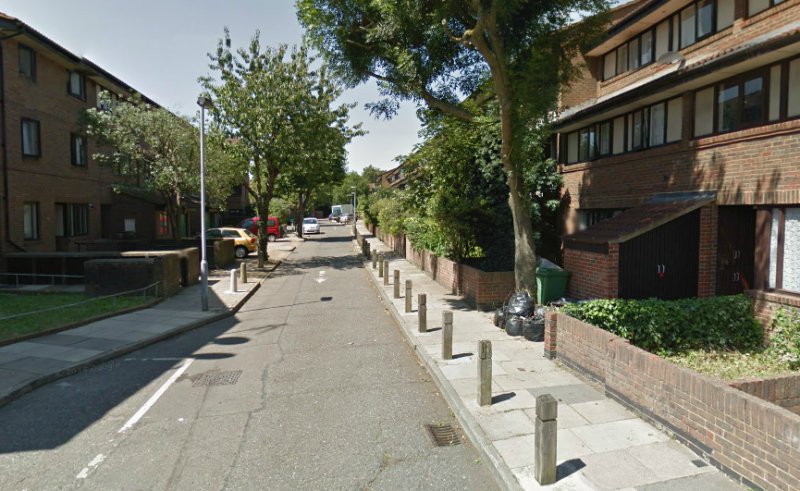 View along Brassey Road
Credit: Google Street View
The first train to use this line left St Pancras en route to Manchester at 10am on 1 October 1868.

The original sidings were in use until the 1970s. A new housing estate was then built on the site.

Brassey Road on the Estate takes its name from Thomas Brassey, the civil engineer responsible for building the railway line into St Pancras. Significantly, Thomas Brassey was thought to be one of the first to have a vision of building a Channel Tunnel, but failed to convince the governments of the day of its worth. He was credited as being responsible for 1 in every 3 miles of railway track laid during his lifetime. Barlow Road takes its name from William Barlow, the great railway shed builder of his time, responsible for the original St Pancras station with its magnificent roof.