Jacksfield was one of the smaller but well-documented copyhold estates in the West Hampstead area. 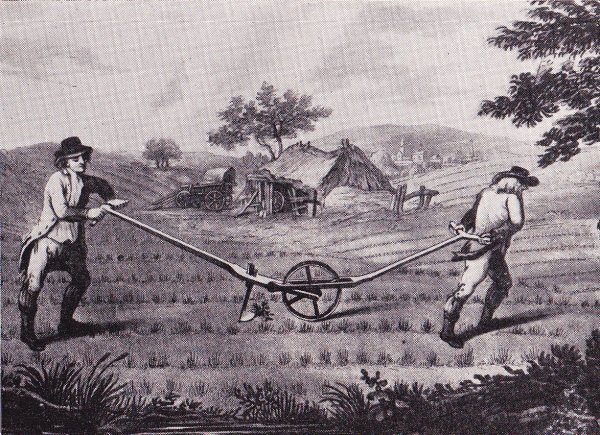 Jacksfield
It was a 'heritable copyhold' consisting of just eight acres and was first mentioned in 1387 as held by a Nicholas Fletcher.

Copyhold refers to the tenure of lands being parcel of a manor, 'at the will of the lord according to the custom of the manor', by copy of the manorial court roll.

Similarly if a copyhold tenant wished to transfer land to a third party, the surrender took place in court and was recorded with the admission of the new tenant. The new tenant was given a copy of the court roll entry to prove his title to the land - hence 'copyhold'.

Copyholders succeeding Fletcher were by William Hunt (died 1439), Edward Westby and by John Gilling (died 1475). Gilling was parish clerk of St. Sepulchre and left Jacksfield to his kinsman Thomas Gilling for life, then to be sold for charity.

It was held in 1646 by Martin Dawson, who owned three houses. In his will of 1662, Dawson left his copyhold property to his wife Susan, but he had incurred debts as a royalist and she apparently lost the property between 1664 and 1668 when it was held by Sir Geoffrey Palmer, Bt., Attorney-General.

Palmer left it to his daughter Frances, wife of John De La Fontayne, who conveyed it in 1686 to Anthony Keck. Anthony was succeeded in 1696 by Francis Keck, whose estate in 1704 consisted of an 8 acres close (Jacksfield), a house and 1Â¼ acres of orchard (Frognal Hall) and 4 acres of demesne land adjoining the churchyard, which he leased.

Francis was succeeded in 1730 by his seven sisters or their heirs, who in 1735 conveyed all the estate to Joseph Stanwix or Stanwick, on whose death in 1747 it passed by will to his widow Mary, with remainder to his daughters Mary, wife of James Battin, and Jane, wife of Robert Slaughter. Mary conveyed her share to Jane, who in 1765 conveyed Jacksfield to John Taylor, butcher, who in turn conveyed it in 1769 to Christopher Fowler. Thence it passed in 1771 to Thomas Boone and in 1775 to Thomas Wildman. Wildman left it in trust for Maria Beckford. It passed in 1800 to Richard Howard, earl of Effingham, as devisee of Maria Beckford and, on his death in 1818, by will to Samuel March Phillips, who was the owner in 1841. In 1858 it passed to one Walters, who enfranchised it.

The house associated with Jacksfield by 1646 was probably Frognal Hall. It was presumably one of two houses owned by Susan Dawson in 1664: she occupied one with 11 hearths and another with 10 hearths was empty. In 1668 Pepys visited Sir Geoffrey Palmer 'in the fields by his old route and house'. In 1761 Frognal Hall was detached from the Jacksfield estate, and during the 18th century became part of the West End House estate. Canterbury House was built on Jacksfield in the 1860s.

Parsifal Road, NW6 was approved in 1883. Between 1890 and 1897, thirteen large detached and semi-detached houses were built in the road in a distinctive Hampstead fin-de-siècle style.
Credit: GoArt/The Underground Map
Licence:
To View or share the image, go to its dedicated web page 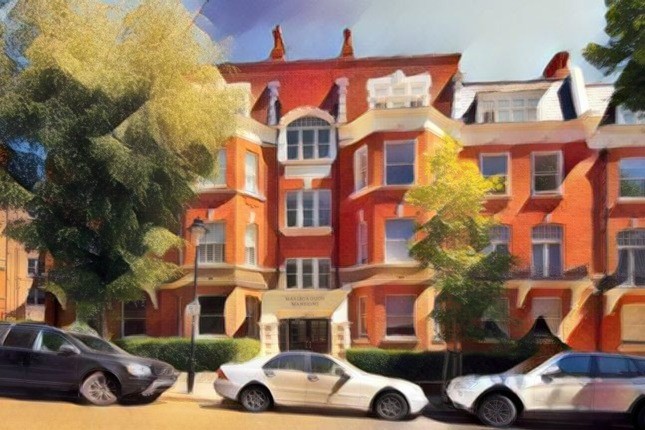 Cannon Hill is in the Fortune Green area of West Hampstead. EJ Cave, one of the districtâs most prominent Victorian builders, built the Cannon Hill estate where Marlborough, Buckingham and Avenue Mansions were built in the triangle formed by Cannon Hill, Finchley Road, and West End Lane in 1896-1900.
Credit: GoArt/The Underground Map
Licence:
To View or share the image, go to its dedicated web page 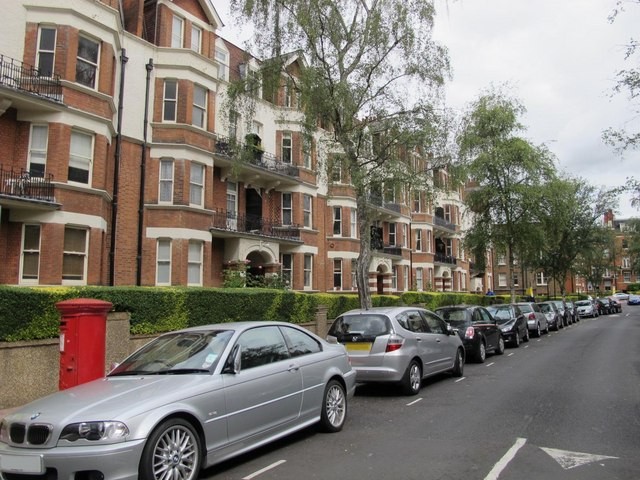