Looking north over Bartle Bridge in the 1950s 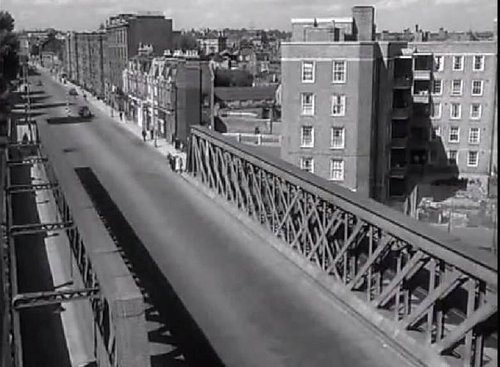 Ladbroke Grove bridge
The iron bridge was built over the Great Western Railway with the notable feature of a separated road and pedestrian walkway.

This image dates from the 1950s. The bridge was later the site for the 1999 Ladbroke Grove rail crash.

From a series of photos of locations used in the film The Blue Lamp.