In the nineteenth century, many West Hampstead people had jobs in Potterâs Iron Foundry. 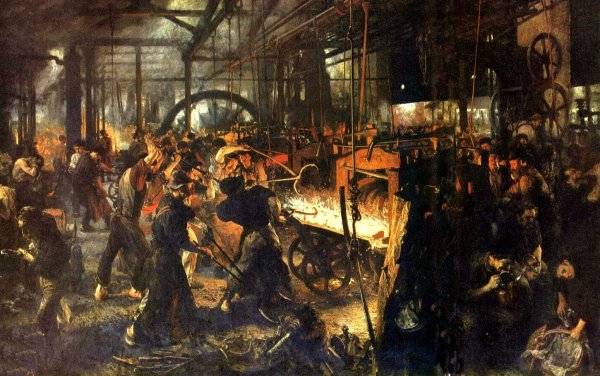 Twelve cottages called Potter's Buildings (later West Cottages) were under construction by George Potter immediately north of the foundry in 1864, apparently because local hostility made it impossible for his workmen to find other accommodation. There was also hostility to plans for making gas to light the workshops, with the result that a half-built gasometer could be used only as a water tank.

Among the foundry's products were metalwork for the outer screen walls of G. E. Street's Law Courts (built 1874-82) and for Welbeck Abbey (Notts.), besides church fittings. A younger Thomas Potter, who lived at the Elms in the 1880s, built on sites north of Poplar House and around Sumatra Road. The foundry had closed by 1894 and was replaced by the flats called Welbeck Mansions.