By 1644 Hillfield was already mentioned in parish records. 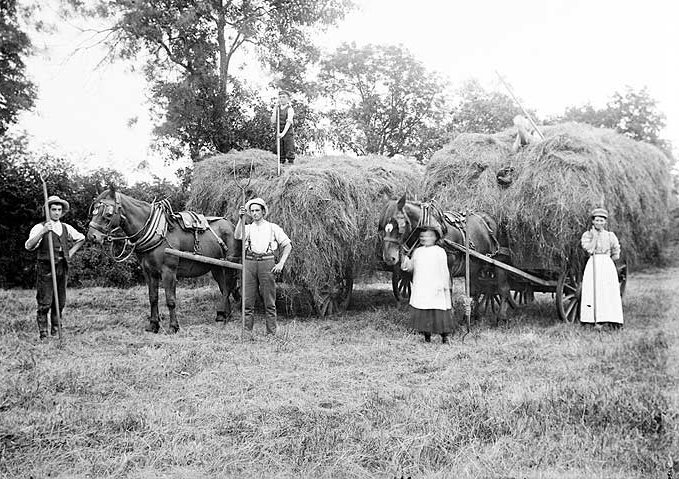 Early agriculture
Richard Gibbs, a goldsmith, acquired Hillfield on the east side of West End (or Kilburn) Lane, north of Jacksfield, together with two houses in 1644.

One may have been the decayed brick house purchased from Gibbs before 1663 by the father of Matthew Blueh, a Chancery clerk.

The Hillfield estate was held by another Londoner in 1685 and the house was 'new fronted and much beautified and another house built' after 1703 by Henry Binfield.

Both houses, with their coach houses, were owned by Mary Binfield in 1762. One was West End Hall and the other possibly Treherne House.