Young Street, named after the developer of Kensington Square, was in use as a road by 1685.

Running perpendicular to the square, it was the only thoroughfare leading into it from Kensington High Street until the opening of what is now Derry Street in the mid-1730s.

As with development at Kensington Square, the street was parcelled up into lots and let or sold to developers and builders. Young retained the freehold of the area on the west side, immediately north of no.16, and probably erected two houses there by 1695. Unlike Kensington Square this area was much more socially diverse in character, with occupants connected to the court of William III sharing the length of the street with resident tradesmen and shopkeepers. There were also several Huguenots attracted to residences here.

Little remains from this time. Going by the photographs taken in the 1860s, the street was largely unaltered. Bomb damage from the Second World War, however, and before that the construction of Kensington Square Mansions on the west side of Young Street in 1885, and the building of a Post Office at nos. 15 and 17 between the 1860s and 1890s, radically changed the appearance of Young Street.

South of the Post Office John Barker and Company rebuilt nos. 19 and 21 in 1890 with two shops separated by an arched entrance that led to stabling and workshops at the rear while less than a century later a multi-storey car park went up in 1968 on the sites of nos. 19-27.

Houses of note on what must have been a busy thoroughfare of horse-drawn carriages are no. 9, rebuilt in 1905 in Arts and Crafts style for a solicitor who occupied premises above a ground floor shop. 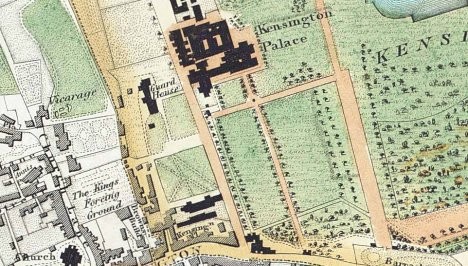 Early map of Kensington Palace
Licence: CC BY 2.0
To View or share the image, go to its dedicated web page 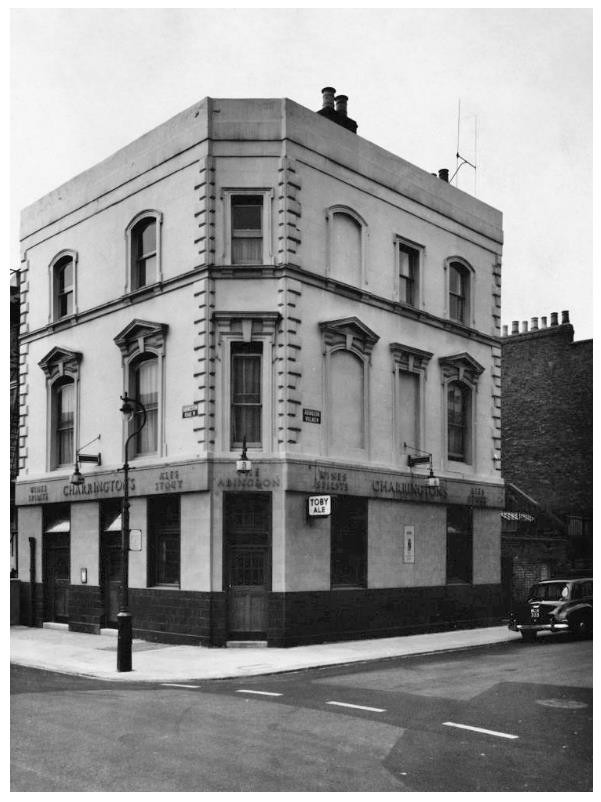 Abingdon Arms Pub, Abingdon Road.
Licence: CC BY 2.0
To View or share the image, go to its dedicated web page 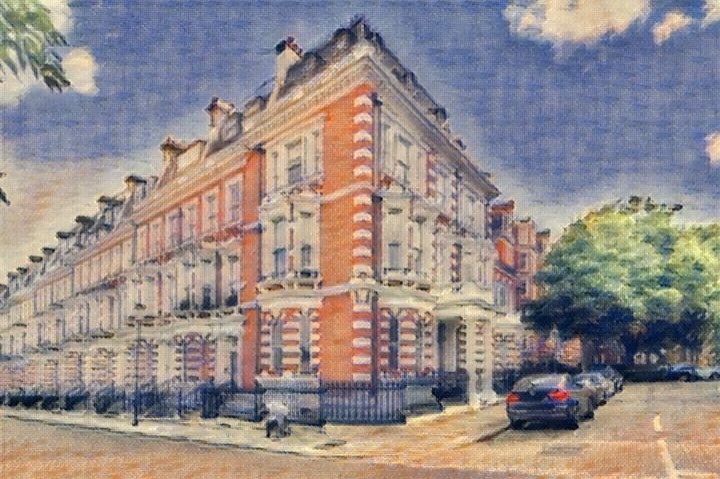 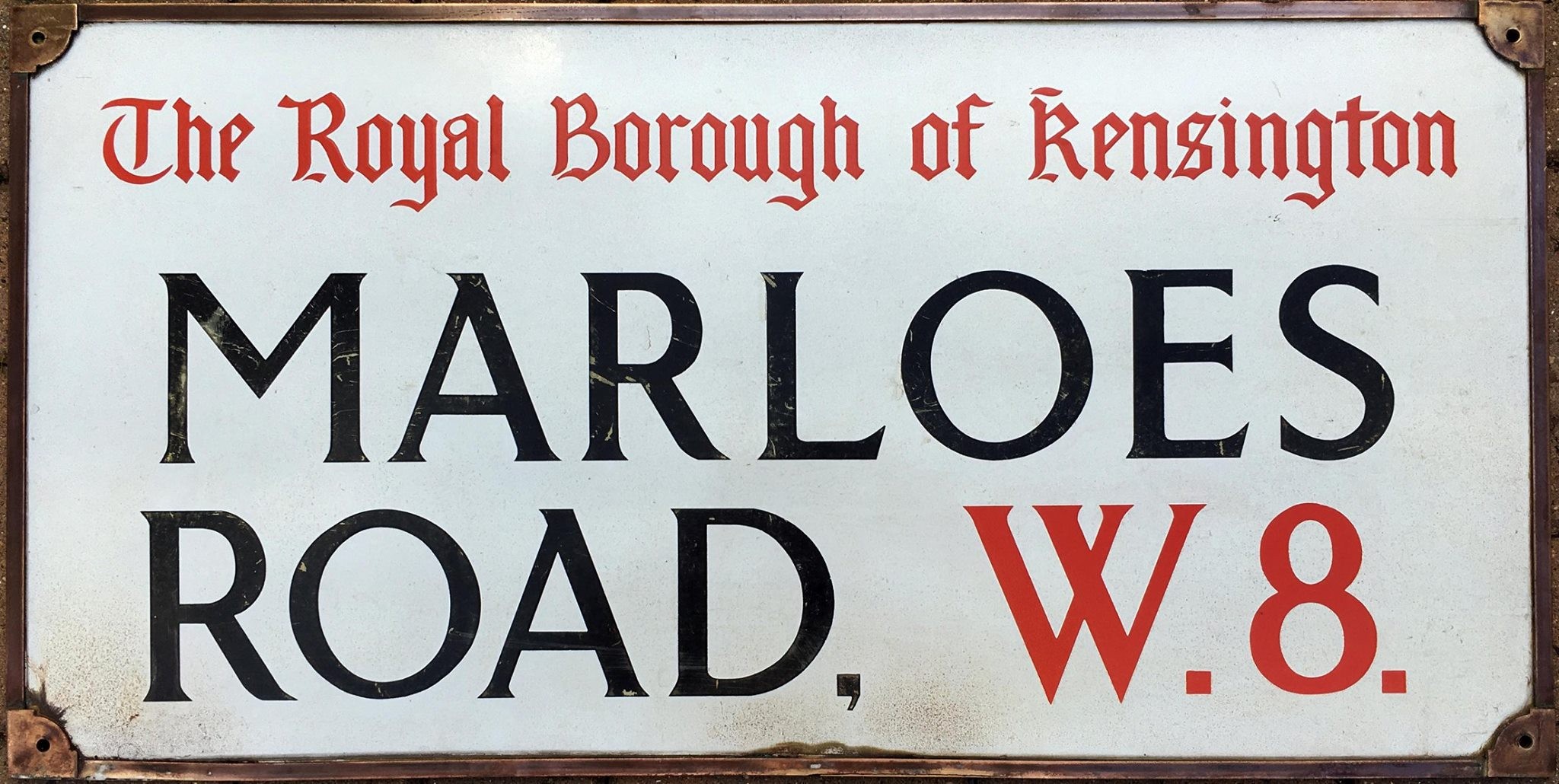 Marloes Road, W8
Licence: CC BY 2.0
To View or share the image, go to its dedicated web page 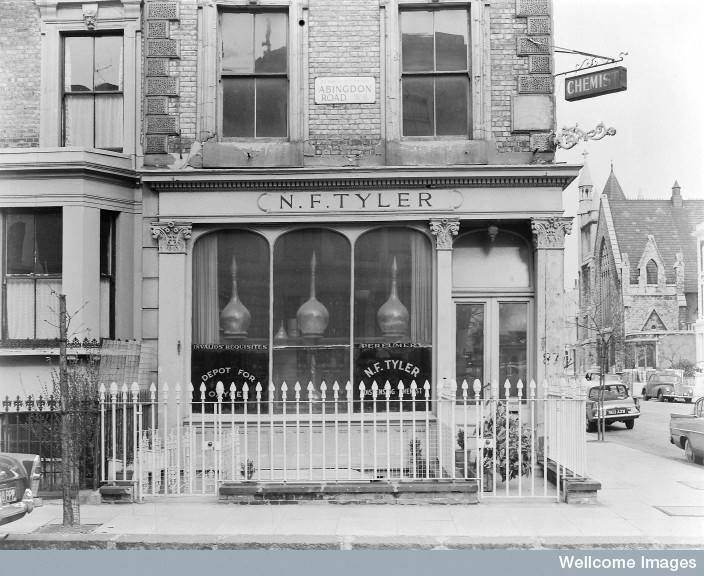 The corner depicted is that of Abingdon Road and Scarsdale Villas, showing the church in the background.
Licence: CC BY 2.0
To View or share the image, go to its dedicated web page