Rillington Place is a small street with an infamous history. 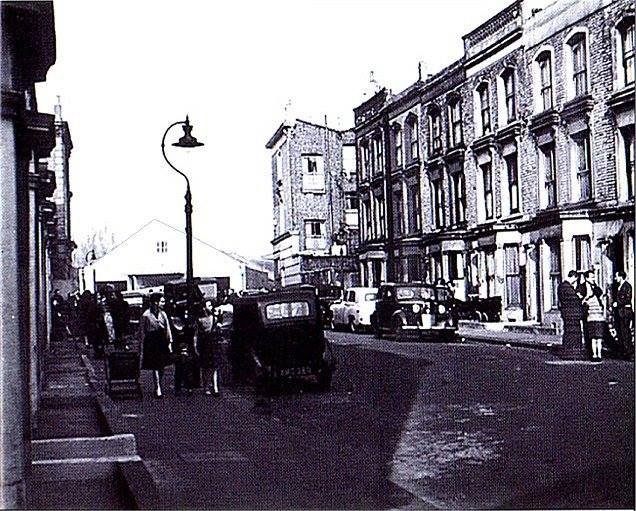 A view down Rillington Place towards "Andrews Garage" in the 1940s.
The macabre story of the post-war Rillington Place murders by John Christie are all over the internet. A film with Richard Attenborough in the leading role was made in 1970.

But, first built in 1869, the street spent nigh on one hundred years out of the limelight. A small cul-de-sac of tightly-packed houses with a factory at the end of it.

In recent years, you wouldnât have found it on a modern printed map. The whole area was redeveloped in the 1970s and new streets laid on top of the old pattern.

For the terrible events surrounding the murders, the internet has a lot to say.

Before the 1850s, two farmhouses stood alone in the fields, the only two buildings in what was to become North Kensington. One was called Portobello Farm and the other, Notting Barns Farm . Notting Barns Farm was largely given over to pasture and it stood where the modern St Mark's Road and Basset Road meet.

During the 1860s, the Hammersmith and City Railway constructed a line between Paddington and Kensington. It split the fields of Notting Barns into two, and the company placed a station on the brand new Ladbroke Grove called Notting Hill - later renamed Ladbroke Grove.

The area was now directly connected to the City of London by rail and the value of the agricultural land of the farm leapt. It was ripe for building.

Just before the coming of the railway, speculative builders had built Lancaster Road during 1855 and 1858 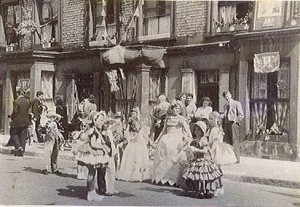 Crayford Mews was built around 1865. The early properties were two storey mews houses and were used to provide shelter for horses, carriages and drivers of that era with a first floor flat for human accommodation and stabling for the carriages and animals underneath.

A little side street off of St Mark's Road and between Lancaster Road and the railway, and opposite Crayford Mews, was built in 1869. It was named Rillington Place.

Twenty cramped little houses were built along the cul-de-sac and the site of the James Bartle Western Iron Works
occupied the end. The 1901 census lists a Bartle family as living at no 3 Rillington Place.

Unusually, instead of odd numbers on one side of the street and even numbers on the other, the north side of Rillington Place was numbered 11-20 and the south side 1-10. Number ten was cheek-by-jowl with the wall dividing the end of the street from the works.

A slightly larger building stood on the end of the street on the corner of St Marks Road beside the railway bridge became the Rainbow CafÃ© and on the opposite corner, a printing company.

Until the Christie murders and for nearly one hundred uneventful years, Rillington Place was a normal little street. After the murders, it could not escape its infamy.

As regards location, it is perhaps not surprising that confusion exists: 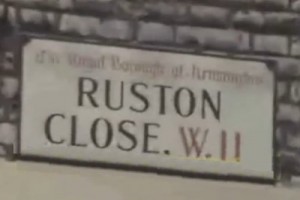 The local residents were justifiably unhappy with the association of the name, and visitors coming to see for themselves caused considerable annoyance and disturbance. The Borough had received a petition signed by eighty-three residents of Rillington Place.

It became Ruston Close - the new name coming from the street opposite the St Marks Road end called Ruston Mews. Ruston Mews was itself a new name for Crawford Mews after 1900. It became a "Close" instead of a "Place" to further disassociate the road from the crimes.

After the road was renamed, 10 Ruston Close was converted into a series of meeting rooms for the Methodist Church.

Once the prospect of the 1970s movie bringing more morbid sightseers to the street was forseen, Kensington Council moved on with plans to redevelop the whole area. The demolition squads moved in during 1971.

A new road, Bartle Road, named after the owner of the works, was built to the junction of St Mark's Road. taking a slightly different course. The intention was to obscure the position and layout of the old road thereby preventing a newly-built house being blighted by being readily identifiable as occupying the same plot upon which the old house once stood. 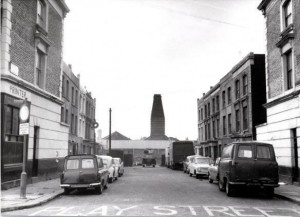 Rillington Place with the iron works at the end of the street. (click to enlarge)

A cul-de-sac called Wesley Square took advantage of the demolition of the factory to bring more new homes.

But 10 Rillington Place lingers on. A few years ago, where the modern Wesley Square turned a corner, a new house was built right on top of the position of the old house. It became renamed "10 Rillington Place". You can now see this on Google Maps.

Note: Before the building of the Westway, Rillington Place would have been classed as "North Kensington". Now on the other side of the motorway to the rest of North Ken., it is part of a different council ward covering Notting Dale.