Shenley Road, Borehamwood in the 1930s 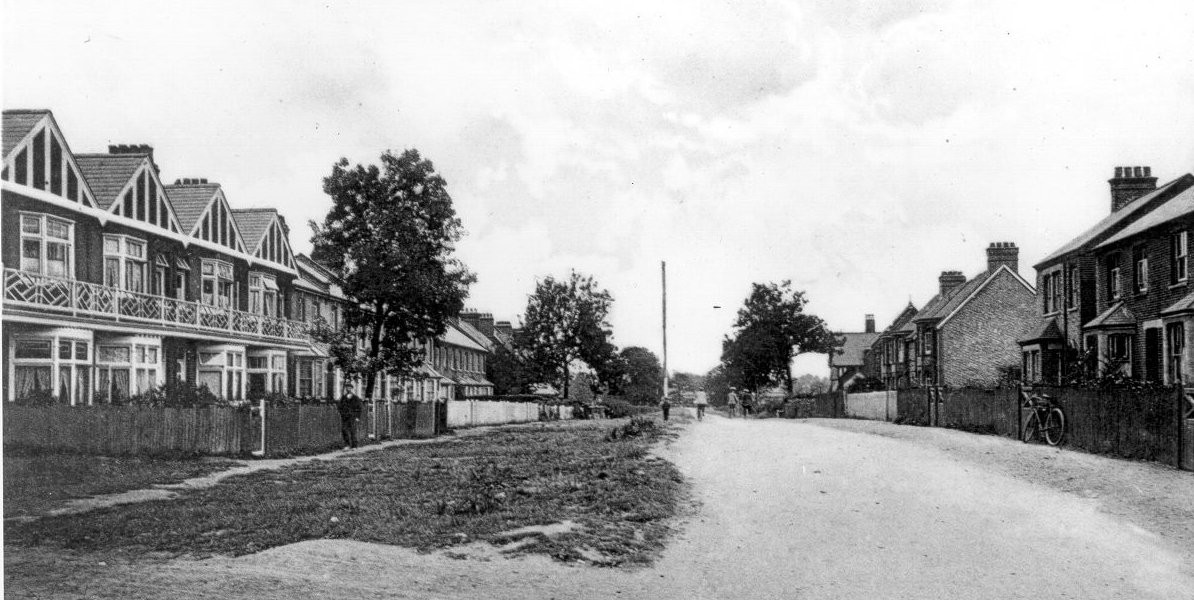 Shenley Road (1930s)
Credit: User unknown/public domain
In this 1930s view, we are looking along the line of Shenley Road when the road featured houses rather than shops.

All Saintâs church (built in 1910) is just out of shot on the right. Central Garage is likewise out of shot but outside of it is roughly where the camera is positioned.

A stench pipe can be seen running along the road.

The near-left hand side on a 2015 view would be dominated by a branch of Nandoâs.