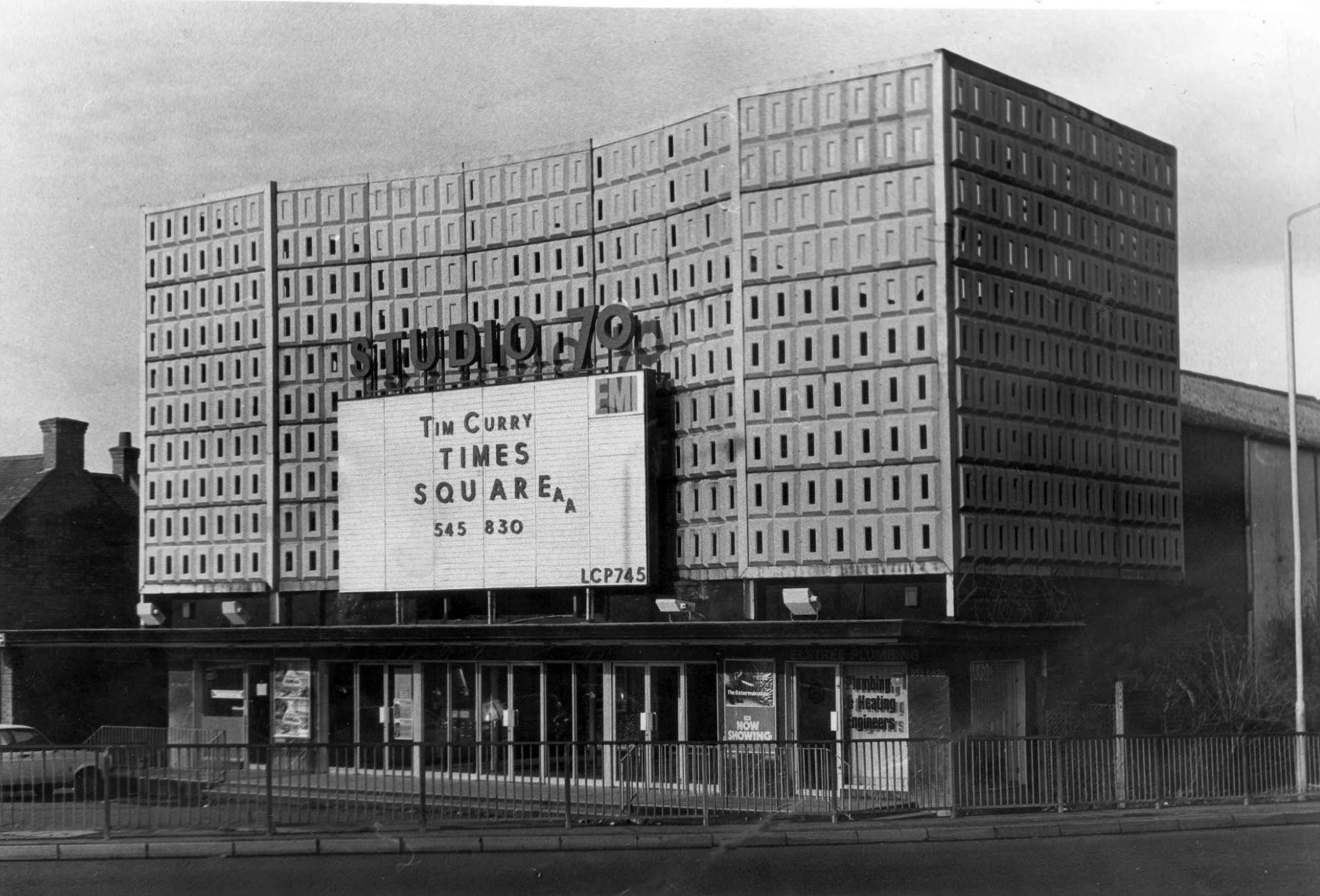 Studio 70 is its final year
Credit: John Glover
The Studio Cinema was located across the street from the entrance to the Elstree Film Studios complex. It was opened on 30th March 1936, by an independent operator. In September 1937, it was taken over by the Shipman & King Circuit.

In 1966, it was closed for three months for modernisation, carried out to the plans of architect George Beech. Covering over most of the Art Deco style design of the original architect E.B. Parkinson, the exterior was covered in fibreglass cladding, and the auditorium was re-modeled. It was re-opened on 2nd April 1966 as the Studio 70 with a pre-release presentation of Sid James in "Carry On Cowboy".

By 1980, the cinema had become part of EMI Group and they sold the cinema for re-development in May 1981. Studio 70 was closed on 6th June 1981 with Gene Wilder in "Stir Crazy" and Jane Fonda in "California Suite".

It was demolished in December 1981, and two office blocks were built on the site, known as Isopad House and Hertsmere House.