Wheatstone Road was the former name of the eastern section of Bonchurch Road. 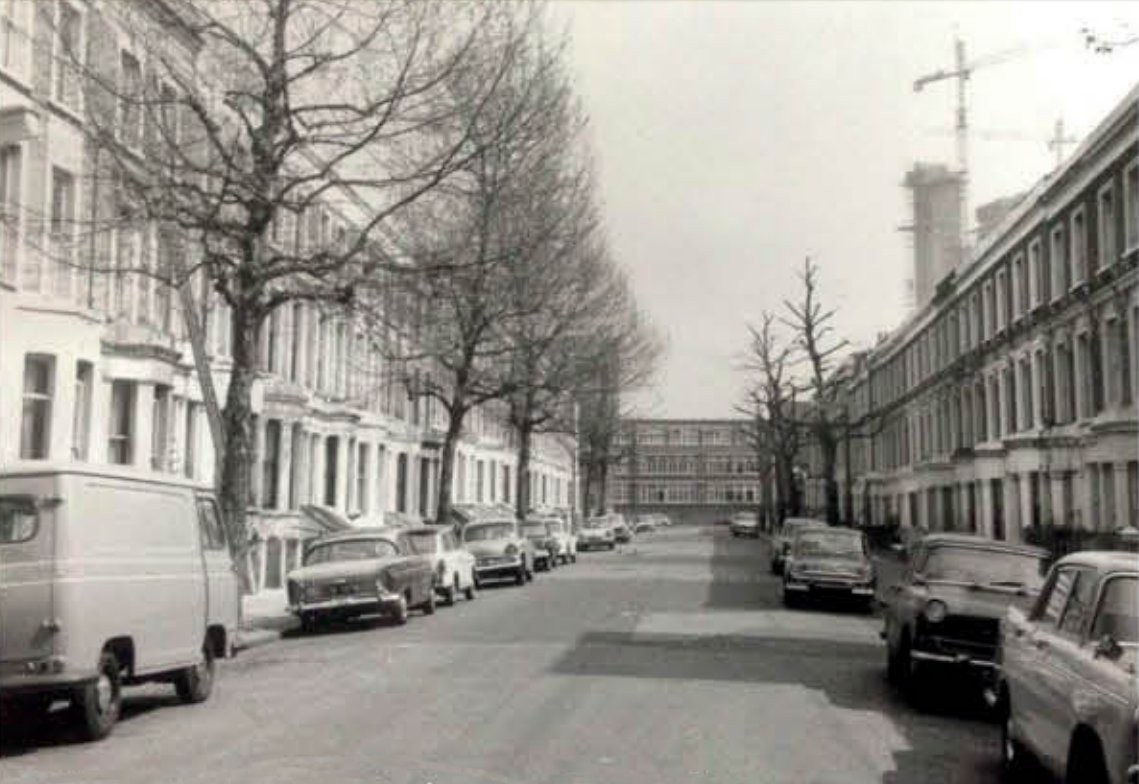 Wheatstone Road (1971)
Credit: Royal Borough of Kensington and Chelsea
Originally laid out in 1868, Wheatstone Road was part of an area covered by traditional Victorian terraced streets. Central to the area, Portobello Road and Wornington Road ran off Ladbroke Grove. The population of the area exceeded the availability of housing. By 1903, the area was reported as full of slums.

After the Second World War, the slums were cleared and new developments were built. This included the Wornington Green estate hereabout and Trellik Tower at the top of Golborne Road. It was during this time that the access to Wheatstone Road and Bonchurch Road from Ladbroke Grove was blocked off for vehicles.

Early in the new millennium, the street became the centre of the new Portobello Green scheme and, renamed as part of Bonchurch Road, once again linked Ladbroke Grove with Wornington Road.
Sir Charles Wheatstone (1802-1875) was a scientist and inventor.