Meeting in front of the Junction Arms situated where Tavistock Road, Crescent and Basing Road met. 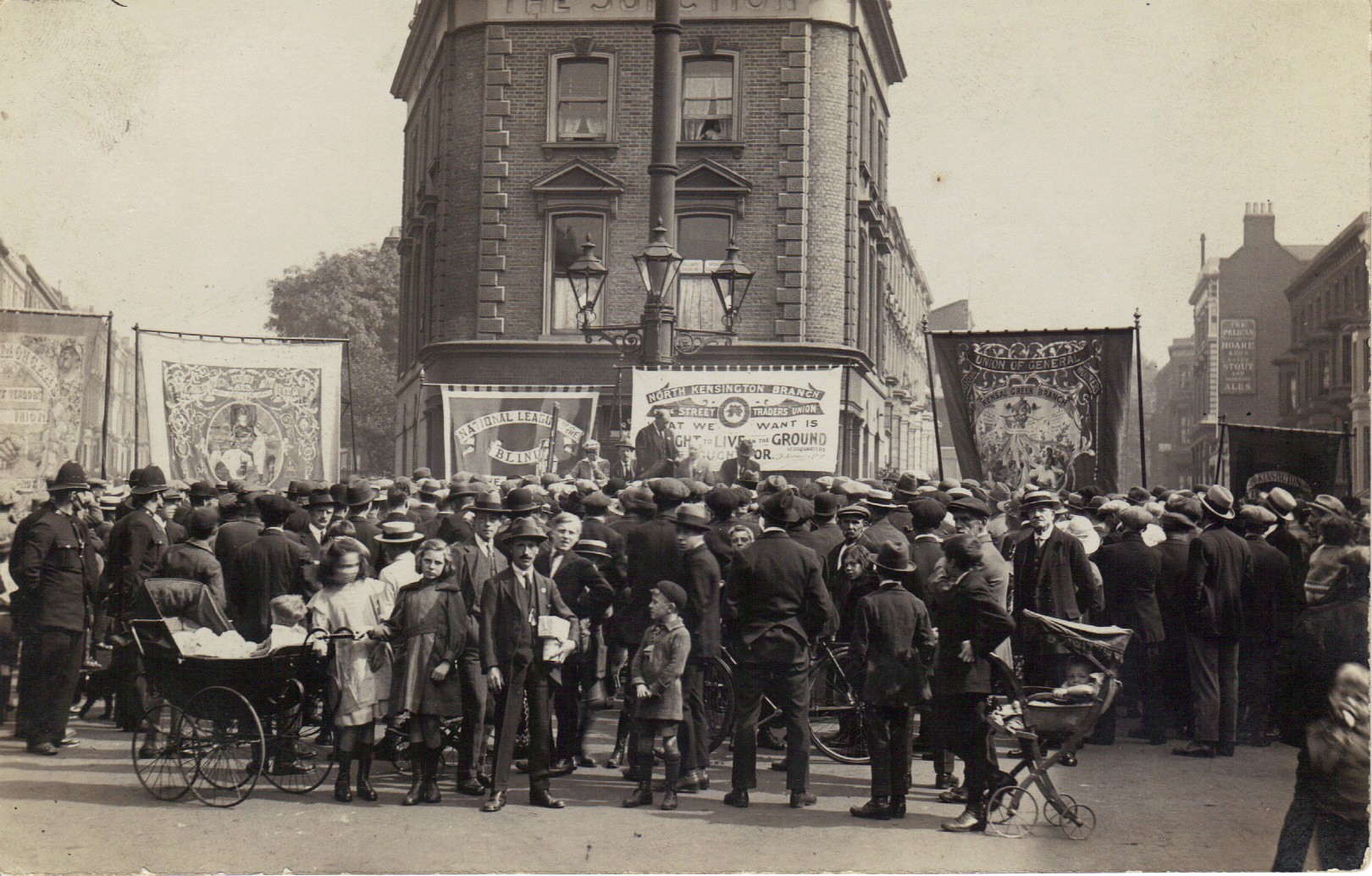 The banners include the National League of the Blind, the North Kensington Branch of the Street Traders Union, and the Union of General Workers Kensal Green.

Portobello market became official with licensed stalls and market inspectors in 1927. John Recordon recalled in âGoing Down the Laneâ: âThere was a lot of political activity around Portobello market in the 20s and 30s, I was a Young Communist. Most of the meetings were on bread and butter issues, unemployment and the atrocious housing conditions. They were good humoured, though there was a lot of heckling. The costermongers tended to object. Our meetings didnât interfere with their trade, it was more their politics â they were strongly patriotic Tory.â

In the 1970s the Junction pub at 92 Tavistock Road became the Point Community Action Centre, thus described in Tony Allenâs Corrugated Times: âFirst it was a pub, the Junction Arms, then a Labour Exchange, then a clinic, then it was tinned up for a few years, squatted, occupied, hassled for, now itâs ours.â

The site is now occupied by the west end of Tavistock Gardens.