Showing every pub so far featured

The Eagle, on the corner of Ladbroke Grove and Telford Road. 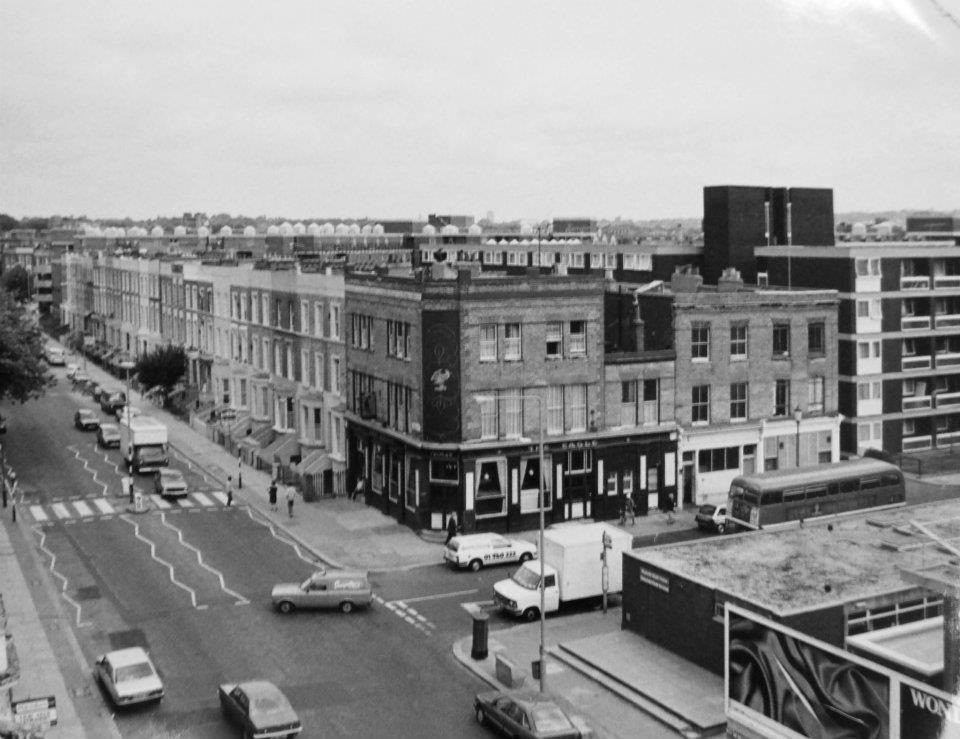 This pub sits on the corner of Telford Road and the top end of Ladbroke Grove in west London. The most remarkable feature being the sinister and brooding Eagle sat on the top of the corner-splay. There are also a couple of Trumanâs Beers lanterns still present and an iron Trumanâs sign-holder jutting out from the wall.

There are a number of quirky touches, such as the stately oil paintings denoting the ladies and gents toilets, the elegant black railings that prop up the heavy-set wooden bar, and perhaps most notably, an Olympic-sized canoe suspended from the ceiling.