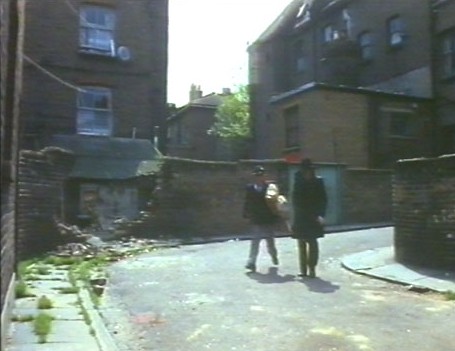 The only known images of the Mews are stills from the movie "Ooh, You Are Awful" starring Dick Emery.
Lavie Mews was a tiny mews with bends in it, serving a warehouse.

It disappeared as part of the Wornington Estate redevelopments in the early 1970s.