Theobald Street, looking south near the original Crown pub
Credit: User unknown/public domain
Theobald Street was, until the twentieth century, the high street of Borehamwood. Shops ran along the street between the Crown pub and Brickfield Cottages but only with the arrival of the film industry did Shenley Road begin to take over this function.

The "street" part of the name is derived from an often-used Hertfordshire term for a hamlet which lies on a long road - other examples are Colney Street and, more locally, Green Street. In modern times the street was named after that of the hamlet - this is the reason it is a âstreetâ rather than a âlaneâ, despite its rural setting.

A shopping parade on the east of the street was built in 1871, and once known asÂ Robinsonâs Folly. Its builder, RobinsonÂ - the footbridge over the railway was also named after him -Â was ridiculed at the time for his âfolliesâ but some 150 years later, his shops are still here. 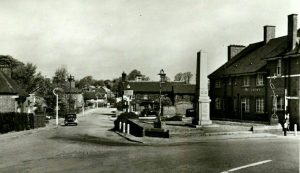 A small school opened at 27a Theobald Street in 1896. Since the introduction of the Education Act in 1870, making it compulsory for children under the age of ten to go to school, another building down the road at number 35 had been used as a temporary infantsâ school for the area. Older pupils had to walk to the Elstree National School or Medburn Boysâ School, which was on the route to Radlett.

The Old Crown - north of the later Crown pub - dates back to at least 1769 althoughÂ rebuilt in the late 1800s.

A war memorial was placed at the junction of Theobald Street and Shenley Road. It was dedicated on 20 October 1921. Before that, an animalÂ pound with a pond stood close to the site and stray farm animals would be left there for collection by theirÂ owners.

Before World War Two, there were Nissen Huts which housed troopsÂ from the Royal Ordinance Corps on the site later occupied by the Kinetic Business Centre. The troopsÂ did some of their training in the film studios.

The growth of Borehamwood proceeded rapidly in the 1940s and 1950s. It was reported that Elstree Rural District Council built 1500 homes between 1945 and 1956, the London County Council 2700 homes, and 550 private dwellings were constructed. In 1957-8, the War Memorial moved from Theobald Street to the Elstree Way end of Shenley Road. A number of residential properties still remained in Shenley Road and some residents still talk of âgoing down the villageâ when referring to this shopping centre. Shenley Road by then had taken over completely from Theobald Street as the centre of the growing town. 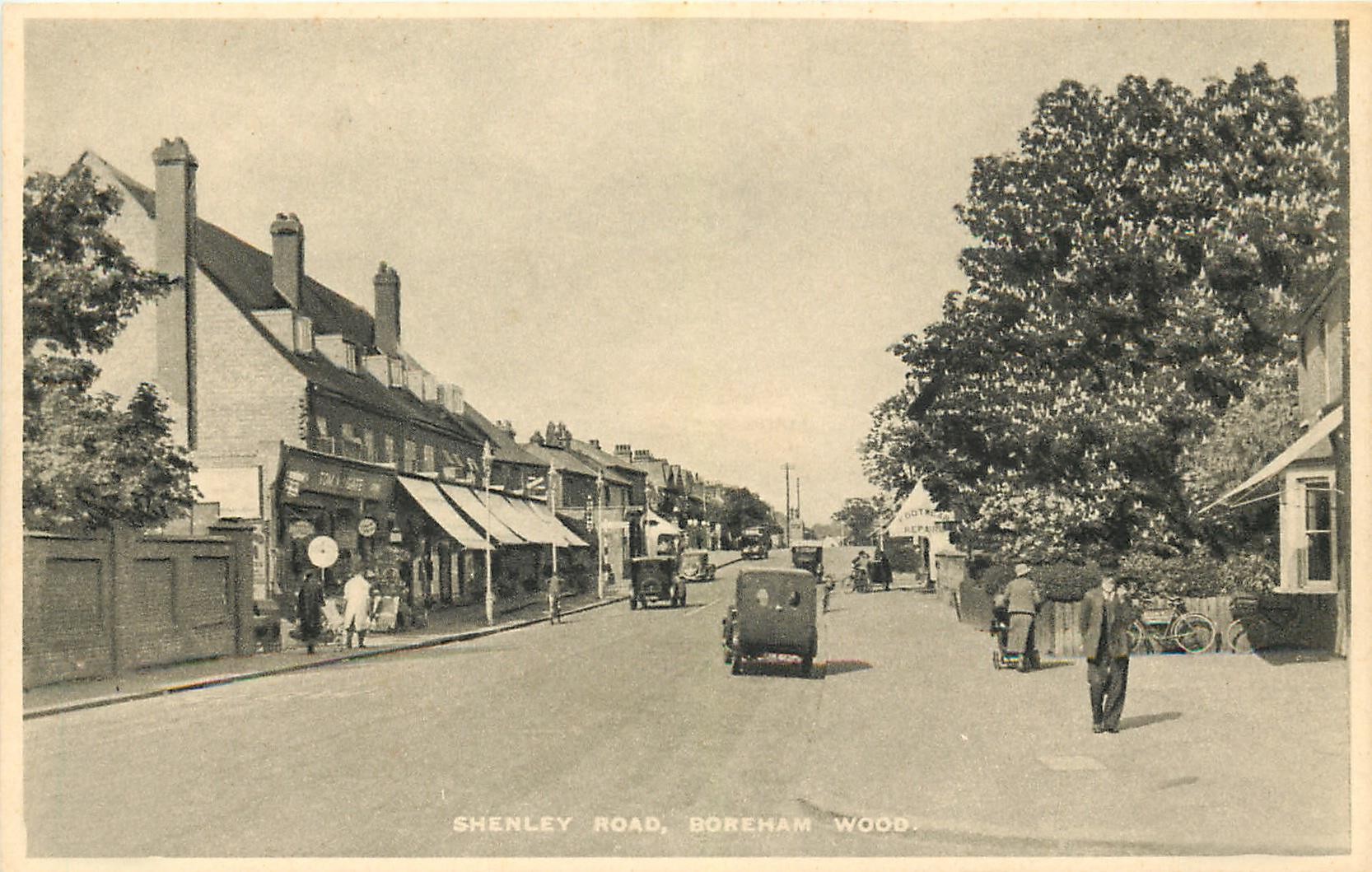 Watercolour of the lower part of Theobald Street.
Licence: CC BY 2.0