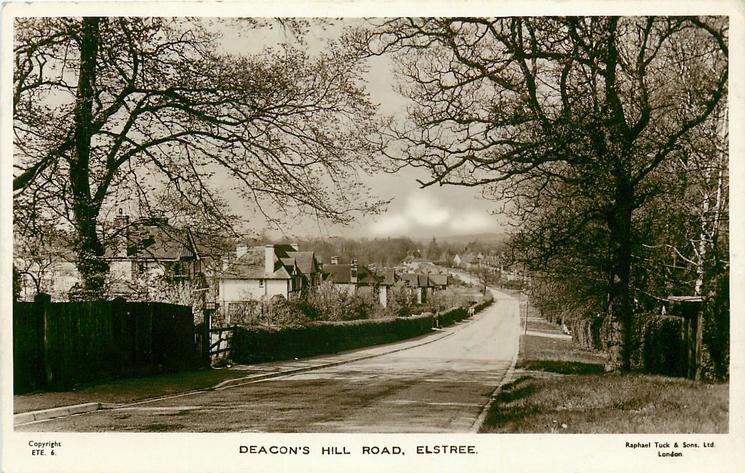 After Monckâs death, the local council purchased the road in 1898 and called it New Road. It became Deacons Hill Road in the 1920s.

In the 1930s and 1940s, Deacons Hill was a wealthy area and many people associated with the film industry lived here. The most famous of these was the film producer Herbert Wilcox and the actress Anna Neagle. They helped style Boreham Wood as the British Hollywood.