Ashley Drive was one of the original Laing estate roads. 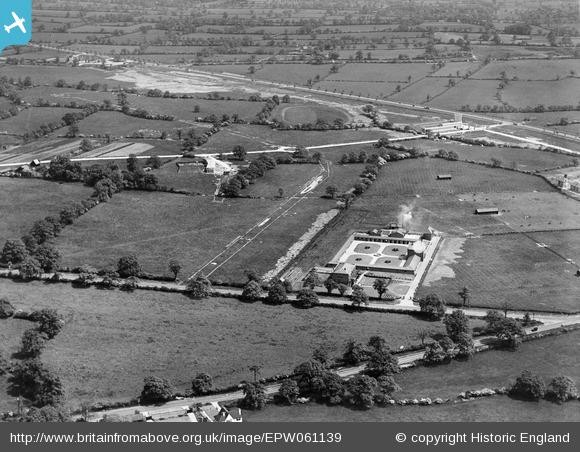 Looking northeast along the future path of Ashley Drive.
Credit: Britain From Above
Borehamwood might have looked very different if two 1930s plans had not been halted by the War.

Since work had begun on extending the Underground system to Elstree Hill from Edgware, the John Laing company purchased hundreds of acres, intending to create a âgarden town.

By 1939, certain new roads had been constructed already - Ashley Drive and Balmoral Drive ran north-south and met Ripon Way which linked up with a similar north-south road slightly to the east - Manor Way/Cranes Way.

The war intervened bringing further Laing work to a halt. After World War Two, London had a housing crisis and the then London County Council proposed a new plan built around the Laing roads.