Piccadilly is a road in the SW1A postcode area 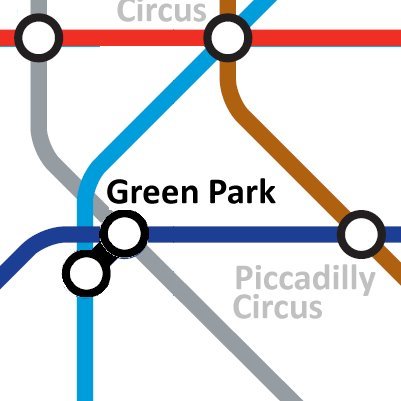 Green Park tube station is a London Underground station located on the north side of Green Park, close to the intersection of Piccadilly and the pedestrian Queen's Walk.

With the rebuilding of the station and similar works at Hyde Park Corner, the little-used Piccadilly line station between the two at Down Street was taken out of use.

The Jubilee line platforms opened on 1 May 1979, at which time the next station south on the Jubilee Line was its then southern terminus, Charing Cross; those platforms were closed when the Jubilee line was extended on a new alignment towards Westminster; at the same time interchange facilities at Green Park were improved.