Civic Centre is a location in London. 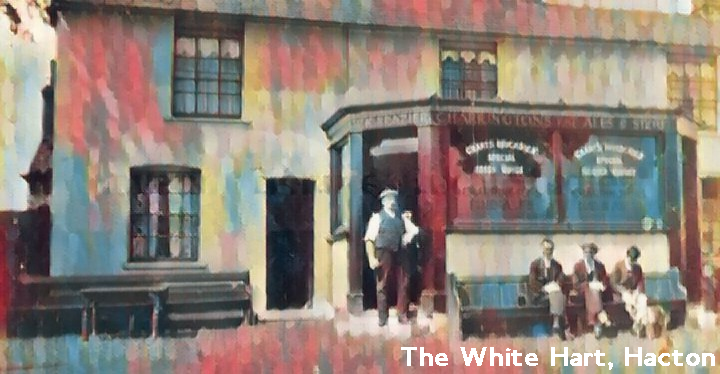 Hacton is a small dispersed settlement located within the London Borough of Havering.

Hacton is located in the countryside between two London suburban towns, Upminster and Rainham.

The name means âfarmstead on a hook-shaped piece of landâ and refers to an area next to the River Ingrebourne. It was historically a hamlet in the ancient parish of Upminster with a long history - a Romano-British farmstead was discovered west of Corbets Tey during gravel-digging in 1962.

In medieval Upminster there seem to have been three clusters of settlement - Upminster village and the hamlets of Hacton and Corbets Tey.In addition to the three settlements medieval dwellings were scattered through the parish.

Hacton and its bridge already existed in 1299. The hamlet expanded slowly. High House and Hoppy Hall on the Corbets Tey road, were probably built in the early 17th century - both were demolished in 1935â6.

Hacton Bridge was originally manorial. In the 1630s it was a horse-bridge, but in the 1660s local inhabitants persuaded the carpenter in charge of its repair to make it a cart-bridge, since the road was much used by those taking corn to Romford market. In 1674 quarter sessions ordered the retention of the cart-bridge with the county paying two-thirds of the cost of its upkeep. A brick bridge was built in 1728.

The late-16th-century Park Corner Farm at Hacton was destroyed by bombing in the Second World War.

From the mid 17th century onwards, successful Londoners were buying estates in Upminster. Between 1762 and 1765 William Braund built Hactons at the junction of Little Gaynes and Hacton Lanes. After military occupation during the Second World War, Hactons stood empty until 1954 when it was converted into flats.

The Cock at Hacton was the earliest known inn in the parish, existing from 1685 but had closed by 1769. The White Hart, created out of two cottages, opened as a beer house in 1854. It was converted to a house in 2012. At the corner of Hacton Lane and Little Gaynes Lane, the Optimist - the only new Upminster inn of the 20th century - was opened in 1956.

19th-century rural depopulation led to the loss of the cottages that were once along Hacton Lane.