Grazeley Close is a road in the DA5 postcode area 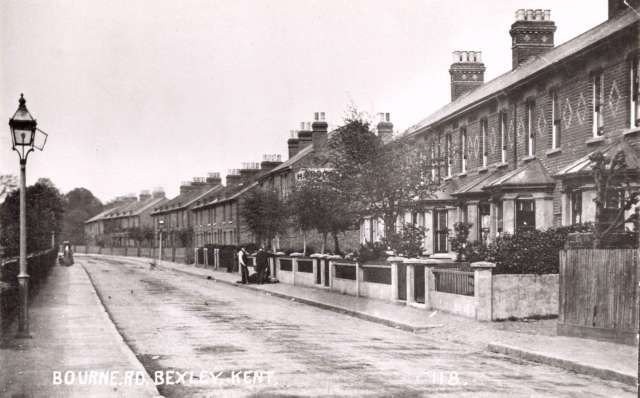 Looking north from Bourne Road, Bexley towards the junction with Gravel Hill (1925). The terraced houses date from the late 1800s. This is now a road which takes much traffic on its way to join the busy A2 and no longer looks the idyllic place in the photograph.
Credit: Ideal Homes
TUM image id: 1611418299
Licence: