Avenue Road follows the line of the original path leading to Lesney Farm and the Erith Manor House. 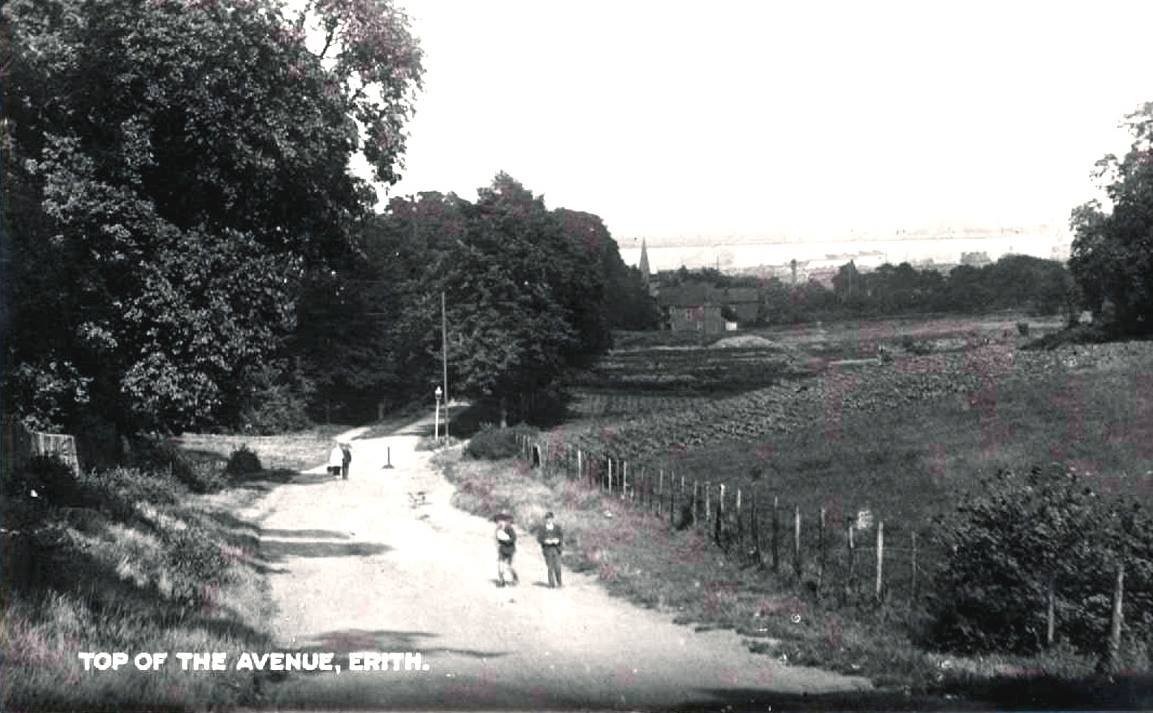 The top of Avenue Road, Erith looking down the hill, probably taken during the years around the First World War.

The bend in the road would today be at the point that Buxton Road joins Avenue Road.
Credit: Bexley Archives
In 1769 William Wheatley laid out an avenue of elms. Wheatley came from a prominent Erith family and was Lord of the Manor of Erith by then. He built a new manor house which was slightly blighted by a legend that the avenue was haunted by a headless woman being driven by a headless coachman and four black horses.

In 1858 the manor house was pulled down and the far Erith end of Avenue Road (around the railway lines) seems to have been developed at that time. In August 1874 the Wheatley estate was sold off, fetching Â£170 000 with the open land being sold for building development.

Even so, in the late nineteenth century with all of its pressure for new housing, the road developed only slowly. 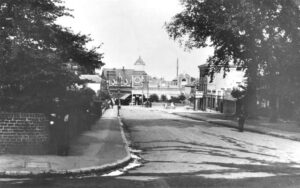 The Royal Arsenal Co-operative Society store with its distinctive tower was built at the junction with Manor Road. The Erith Branch of the Society began in 1882 in a house known as Kent House, which stood on the same spot.

The Prince of Wales public house, since demolished and replaced by a McDonald's Restaurant also stood at the Erith end.

In the twentieth century, Avenue Road was extended west along the remaining line of elms. At the western end, in the post Second World War years, council housing was built by Erith Borough Council. The very first development of the new Lesney Farm Estate began with 28 new houses facing onto Avenue Road in 1946.

The bend in the road would today be at the point that Buxton Road joins Avenue Road.' class='responsive_image'>

The top of Avenue Road, Erith looking down the hill, probably taken during the years around the First World War.

The area was sparsely populated and Slades Green had only 66 people in 1848 but in 1849 the North Kent Line was built. Slades Green gained a National School in 1868 and St Augustineâs Church opened in 1899.

Slade Green railway station was opened on 1 July 1900 to serve the developing local community following the construction of a rail depot designed to service steam locomotives for South Eastern and Chatham Railway. It was at first called âSlades Greenâ and it was not until 1953 that this was changed to Slade Green.

By 1910 a complete ârailway villageâ of 158 houses had been built. The significance of the village had increased by 1905 and that it had absorbed historically important Howbury Manor.

Explosions at a former Trench Warfare Filling Factory caused the death of 13 workers on 19 February 1924. A mass grave at Northumberland Heath stands in memory of the victims. Explosives operations ended in the 1960s.

During the Second World War, Slade Green was subject to a series of air raids, notably the night of 16 April 1941.

The top of Avenue Road, Erith looking down the hill, probably taken during the years around the First World War. The bend in the road would today be at the point that Buxton Road joins Avenue Road.
Credit: Bexley Archives
TUM image id: 1606930176
Licence: CC BY 2.0 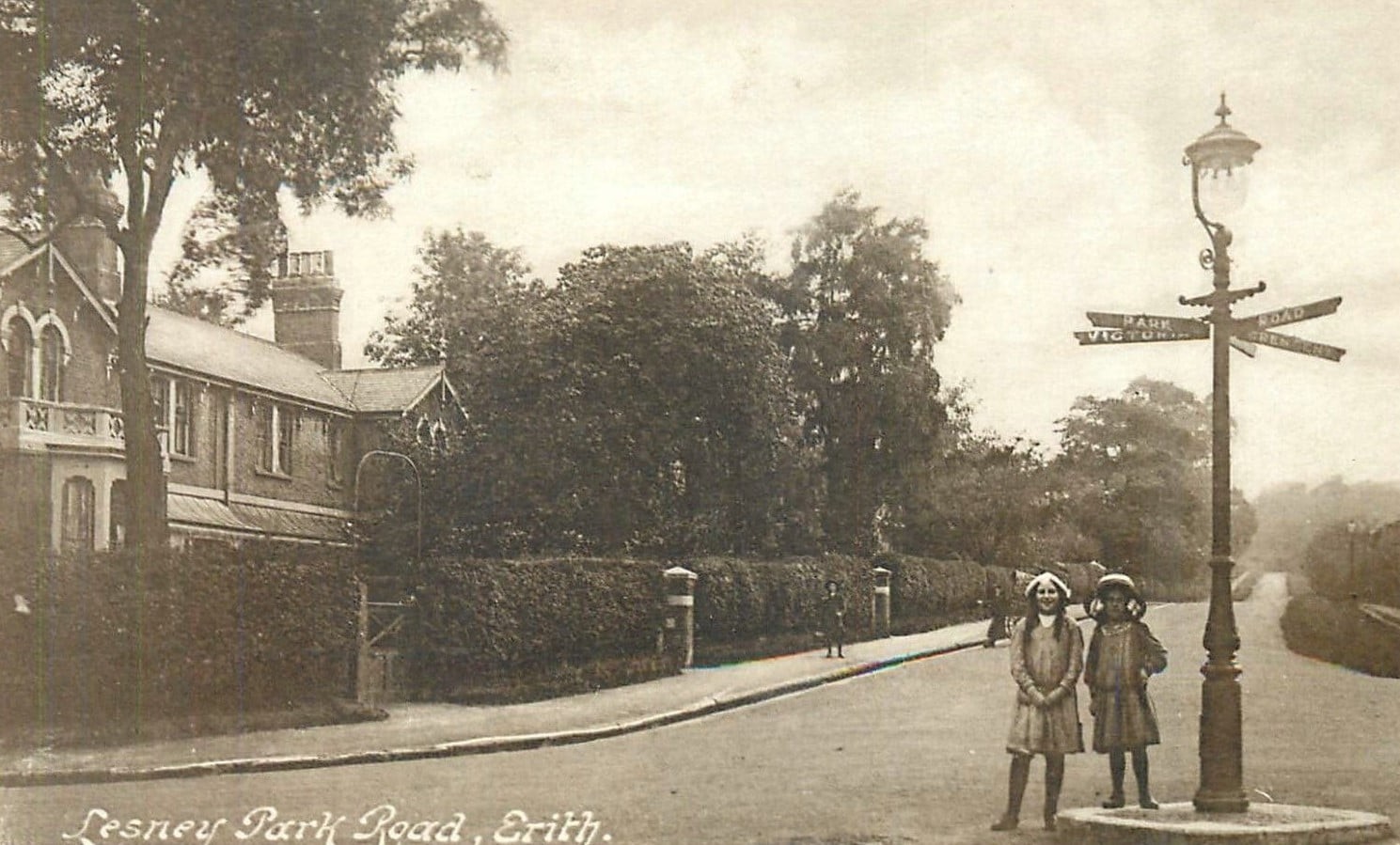 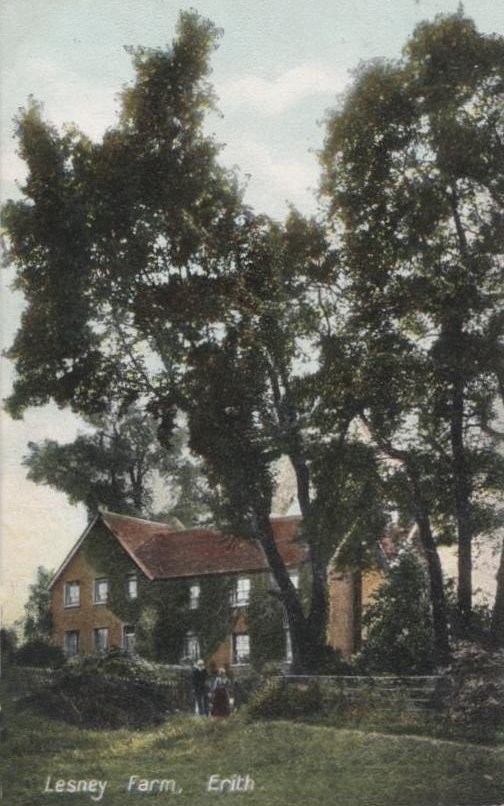