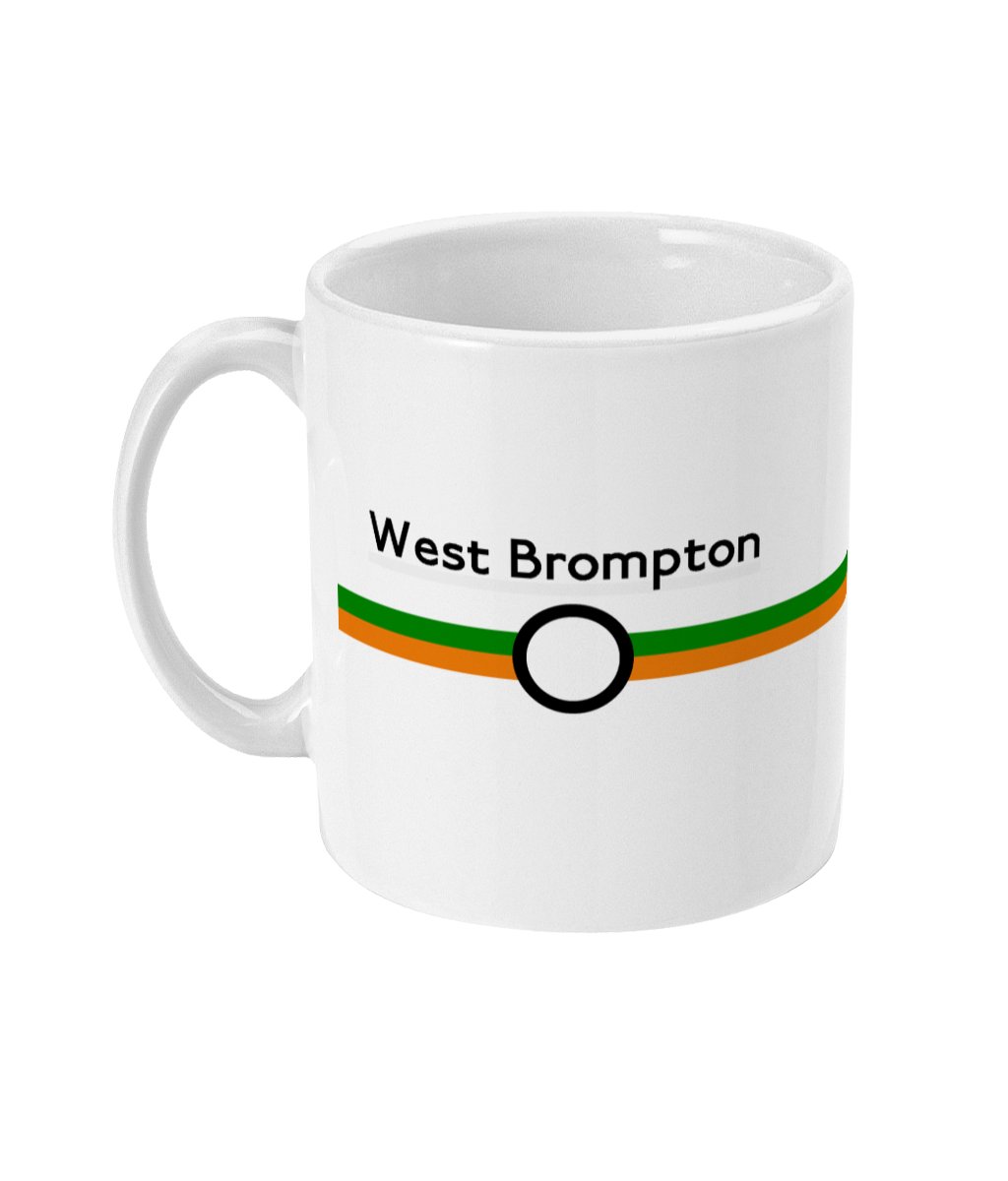 The name refers to the older locality of Brompton to the east, although the areas of South Kensington and Earl's Court separate West Brompton from its namesake. Whilst in the early part of the 20th century, the whole area between Knightsbridge and here would have been known as Brompton, modern-day locals would not recognise Brompton and West Brompton as geographically contiguous. Today it still has its own Royal Mail London postcode of SW10 (though that also covers part of Chelsea).

On 12 April 1869, the Metropolitan District Railway (MDR, now the District Line) opened its own station as the terminus and only station on its extension from Gloucester Road station (Earl's Court station did not open until 1871). On 1 March 1880, the MDR opened an extension south from West Brompton to Putney Bridge.