The Edgware Road in Colindale

Looking northwest along the Edgware Road at the junction with Colindale Avenue. 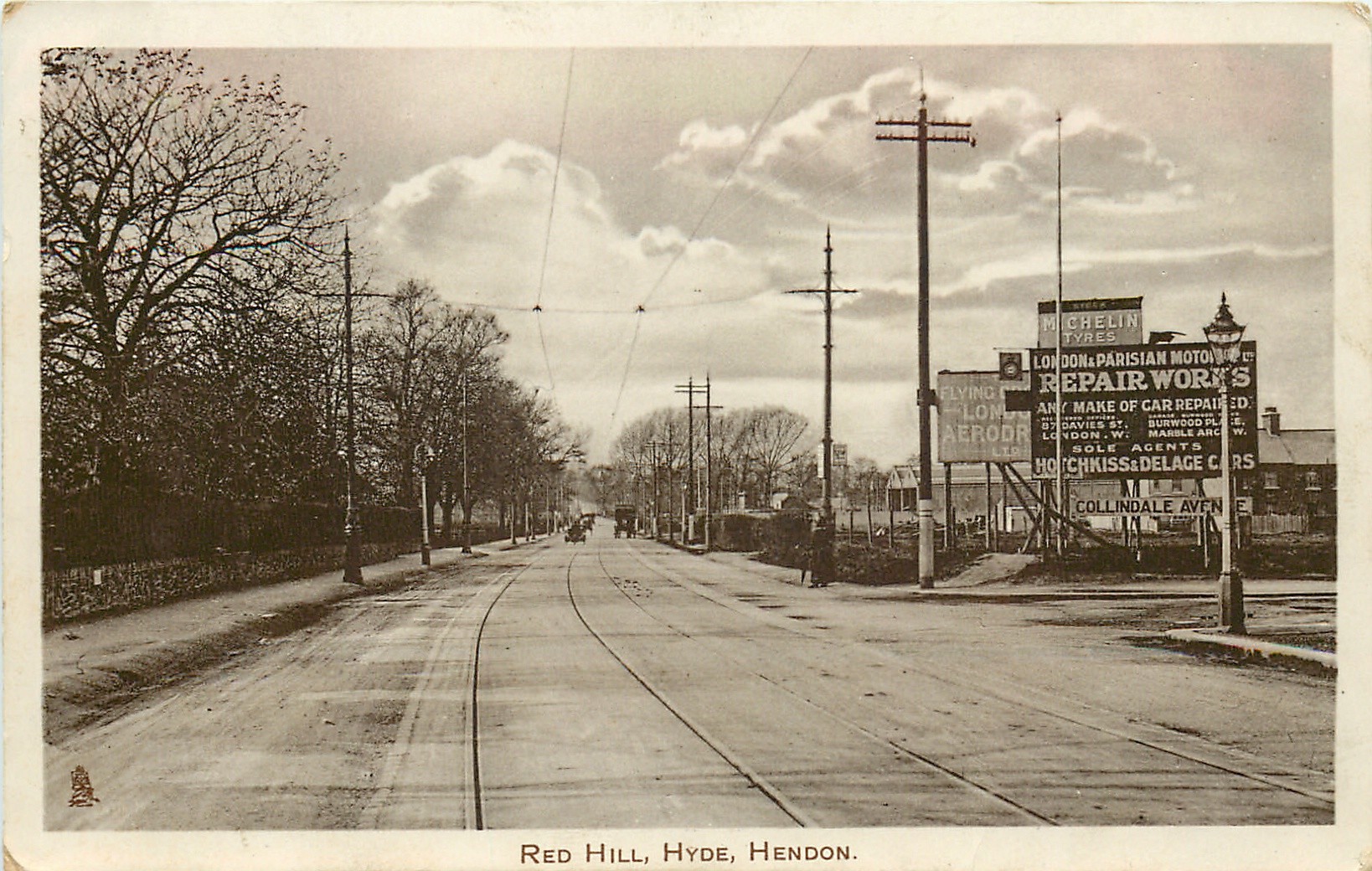 The Edgware Road in Colindale
All names used describing the photo in the postcard have resited. The Hyde now generally refers to a part of the Edgware Road further south. Red Hill, originally the name of a Burnt Oak farm has fallen out of use. Hendon was the local borough at the time.